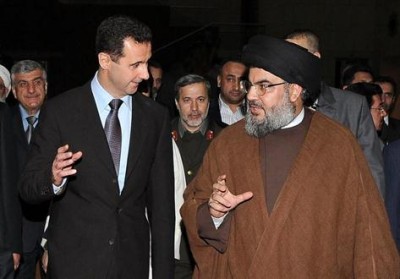 It’s when things get tough that you find out who your true friends are, or so the adage goes. Which makes Hassan Nasrallah, Secretary General of the Lebanese political and paramilitary organization Hezbollah, a true friend indeed of Syrian President Bashar al-Assad. Since the start of the uprising in Syria in March 2011, he has repeatedly renewed his support for the Syrian president – and far from adopting a more reserved stance in the face of recent points scored by the rebels, on July 18 Nasrallah paid new homage to the Assad regime.

For the Shi’a Islamic leader, the three high-ranking officials – the Syrian President’s brother-in-law among them – who were killed last Wednesday in an attack on a national security building in Damascus “embody the Syria that supported the resistance.” The words were guaranteed to anger Syrian activists for whom these men represented repression more than anything else.

Nasrallah also underscored Syria’s major role in the Arab movements fighting against Israel. For Hezbollah, Syria is a “real military partner,” he said, the country that donated the “most significant weaponry” used by the armed Shi’a party during the 2006 war with the Jewish state.

Statements like that highlight Hezbollah’s current vulnerability. Hezbollah fears the collapse of the Syrian regime, described by Nasrallah as “more than a bridge” in a reference to the country’s role in the transit of Iranian arms. Losing an ally like that would weaken the Shi’a party in the event of a conflict with Israel because Hezbollah’s arms supplies would be cut off. Nasrallah however espouses a publicly confident stance, and has promised the Israelis some “surprises” if they attack Lebanon.

Nasrallah also stated that military strategy was more important than anything else for the party insofar as its relations with Syria go. It is no longer a question of defending “the oppressed” as it has been maintaining in its political charters and by siding with the Egyptians, Libyans, Bahrainis and Yemenis since the beginning of the Arab Spring. Holding on to its weapons, upholding the “axis of resistance” — Iran, Syria, Hezbollah – against Israel has become top priority. 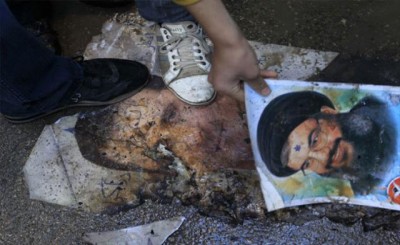 But the price to be paid for Nasrallah’s refusal to condemn the Syrian regime’s repression – which he prefers to refer to as “violent acts” committed by both sides – is very high: nothing less than his degree of popularity in the Arab world. Syrian activists are now portraying Nasrallah on social media sites as a paunchy little man whereas before he was held in high esteem in Syria because of his anti-Israel stance.

Preparing for the future

Is Nasrallah’s attitude — wanting to stick it out to the bitter end – and his interpretation of the Syrian revolt as “an American-Israeli plot” the blind spot that will put Hezbollah in the losing camp if the Assad regime collapses? “Either Hassan Nasrallah is in denial, or he hasn’t yet received orders from Tehran to keep some distance. He sees the end of the Assads as a personal failure,” says Hilal Khasan, director of the political studies department at Beirut’s American University.

“Syria is not just one ally among others for Hezbollah, it’s a top ally, so Nasrallah is not going to pull back support just because the government is in trouble,” says Talal Atrissi, a political scientist from the American University. “Hezbollah is on the same wave-length as Russia and Iran on this – it does not want a pro-American regime in Damascus. It’s a confrontation scenario with the other axis in the region, that of the Saudis, Qataris and Turks.”

Even if he’s not showing it, however, it is impossible to believe that Nasrallah is not preparing for the future. “Just like all the other players in Lebanon, Hezbollah knows that a page is about to turn in Syria, they just don’t know when exactly,” a European diplomat posted in Beirut says. For months various foreign observers in Lebanon have been commenting on the low profile Hezbollah has been keeping.

Nasrallah purports to be worried about the “chaos” which might engulf Lebanon “the way it did in Iraq and Syria” and called on Wednesday for a “pact of honor” between the various Lebanese communities in view of the tension among religious and political groups that the Syrian crisis has engendered. 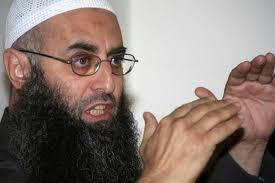 For Hezbollah, a Pandora’s box has opened: galvanized by the Syrian situation, more and more people in Lebanon are openly hostile to it. In Saïda (Sidon), a radical sheikh has been acting in open defiance of the party since early July, calling for it to be disarmed. Ahmad al-Assir is blocking one of the main arteries in the town, which is a Hezbollah stronghold. The Sunni says he is protesting against “humiliations” and swears that he will not lift his sit-in until its aim is met. Hezbollah has not reacted.

Although weakened by developments in Syria, Hezbollah still has several important cards in hand however. It continues to enjoy massive support in the Lebanese Shi’ite community. It still has its military arsenal and on the national political scene it is still one of the most powerful players.