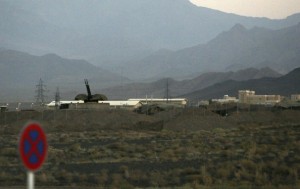 Iran has detected a planned “massive cyber attack” against its nuclear facilities, state television said on Thursday, after talks with major powers this week failed to resolve a row over Tehran’s disputed nuclear activities.

Iran’s Intelligence Minister Heydar Moslehi said the country’s arch enemies the United States and Israel, along with Britain, had planned the attack.

“Based on obtained information, America and the Zionist regime (Israel) along with the MI6 planned an operation to launch a massive cyber attack against Iran’s facilities following the meeting between Iran and the P5+1 in Moscow,” Iran’s English-language Press TV quoted him as saying.

“They still seek to carry out the plan, but we have taken necessary measures,” he added, without elaborating.

Iranian officials were quick to say the country had defeated the virus, capable of snatching data and eavesdropping on computer users. It was not clear if the cyber attack referred to by Moslehi was “Flame”, or a new virus.

Iran’s nuclear program came under attack in 2010 by the Stuxnet computer worm which caused centrifuges to fail at the main Iranian enrichment facility. Tehran accused the United States and Israel of deploying Stuxnet.

Iran has been locked in a row for nearly a decade with Western countries over its disputed nuclear program which the West believes is aimed at making nuclear weapons.

Tehran denies the charge, saying it only wants peaceful nuclear technology to generate.

They said President Barack Obama accelerated the efforts after succeeding Bush in 2009.

World powers and Iran failed to secure a breakthrough at talks on Tehran’s nuclear program in Moscow on Tuesday, despite the threat of a new Middle East conflict if diplomacy collapses.

After two days of talks, European Union foreign policy chief Catherine Ashton said significant differences remained and the two sides had agreed only on a technical follow-up meeting in Istanbul on July 3.

Tehran has repeatedly said that as a member of the nuclear Non-Proliferation Treaty (NPT), it can develop a full nuclear fuel cycle, and, if this is recognized, talks with the permanent members of the U.N. Security Council — Britain, France, Russia, China, the United States — and Germany (the P5+1) can succeed.

“If the other side agrees to recognize Iran’s (nuclear) rights based on international regulations, Iran is ready to negotiate anything,” Ali Akbar Velayati, an adviser to Iran’s Supreme Leader Ayatollah Ali Khamenei was quoted as saying by the official IRNA news agency on Thursday.