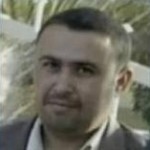 French police on Thursday held an Iraqi official for questioning after a member of the exiled Iranian opposition filed a complaint against him alleging torture and war crimes, a judicial source said.

The Iraqi government said the allegations made by the member of the ex-rebel People’s Mujahedeen, still blacklisted by Washington as a terrorist group, were a “deception” aimed at damaging relations between Paris and Baghdad.

The official being questioned by French officials, Sadeq Mohammed Kazem, is in charge of the relocation of thousands of People’s Mujahedeen members and their relatives, who have been cantoned in Iraq ever since the overthrow of Saddam Hussein in the US-led invasion of 2003.

The then-rebel group was a key ally of Saddam during the Iran-Iraq war of 1980-88 and was given base facilities near the Iranian border, but for several years Iraqi authorities have been attempting to find the Iranian exiles and their families new homes in third countries.

As part of the relocation, Iraq has been moving the exiles from their original base at Camp Ashraf near the border to a staging post at Camp Liberty near Baghdad, a process that the People’s Mujahedeen says has seen deadly raids and other abuses.

The Iranian complainant alleges that Iraqi forces captured him along with 35 other Camp Ashraf residents during a raid on July 28-29, 2009 and held him for 72 days during which he was tortured on Kazem’s orders, according to court papers seen by AFP.

Counsel for the complainant, whom the court papers did not identify, hailed the speed with which Kazem had been taken in for questioning.

“The opening of a probe and the detention so quickly after the suit is without precedent,” given the fact that the alleged torture occurred outside France and did not involve French nationals, said the lawyer, William Bourdon.

But the Iraqi government said it had appointed legal counsel for Kazem who rejected all the allegations against him.

“The Iraqi government assigned a lawyer to defend Sadeq Mohammed Kazem, and the lawyer assured that there is no evidence to support the accusations,” Prime Minister Nuri al-Maliki’s spokesman, Ali Mussawi, told AFP.

“This organisation (the People’s Mujahedeen), which has experience in international legal action, filed a complaint through a legal loophole, even though the one who filed the complaint does not know the accused,” Mussawi said.

“It is not unusual for an organisation that is considered a terrorist organisation to take such a step, and the French judiciary will soon discover the deception that this organisation is trying to carry out,” he added.

Another Iraqi official told AFP that ironically Kazem was in Europe as part of a delegation that was trying to find new homes for the Iranian exiles.

Under a deal between Iraq and the United Nations, some 3,400 Mujahedeen members and their relatives are to be relocated from Camp Ashraf to Camp Liberty as part of a process intended to see their eventual resettlement in third countries.

But although about two-thirds of the Iranian exiles have decamped, the process has now stalled and no new relocations have happened since May 5.

Although the People’s Mujahedeen insists it has renounced violence, it has remained on the US terror blacklist since 1997.

The group has challenged the blacklisting, and a US district appeals court has ruled that Secretary of State Hillary Clinton must make a decision by October 1.