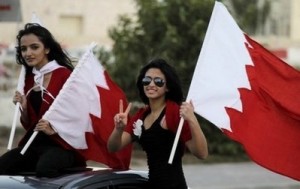 A day after thousands of joyous Bahrainis retook a major square in the heart of the island nation’s capital, seven opposition groups were meeting in Bahrain to consider their next steps after an appeal from Crown Prince Salman bin Hamad al Khalifa for a national dialogue.

As the parties tried to coordinate a common position, about a thousand protesters remained at the Pearl Roundabout, which has become this island nation’s equivalent of Egypt’s Tahrir Square.

On a cool and bright Sunday morning, thousands more Bahrainis came to visit the scene, many of them families. Groups of lawyers and teachers gathered to add their voice to the demand for political change and constitutional reform.

Opposition groups are considering a list of demands, which include an independent investigation into the deaths of protesters. At least seven have been reported killed in the past week, and hundreds more hurt.

They also want answers about people unaccounted for since the security forces moved in to clear the Pearl Roundabout in the early hours of Thursday morning, using tear gas, pellet guns and clubs.

Parliament member Jamil Kathem from Al Wefaq opposition party told CNN, “We are not obstructing dialogue but we need solid grounds to start talks with the ruling regime.”

Although the opposition’s demand that the armed forces withdraw from the streets has been met, it is “not enough,” Kathem said.

Al Wafaq party represents many of the majority Shiite community and has 18 seats in parliament.

The opposition also includes secular Sunni groups like the National Democratic Action Party. It is also demanding that state media stop what it calls its “aggressive and escalating” campaign against the opposition, and an end to censorship of social media. They want the government to compensate the injured and help them with their medical treatment.

The leader of the National Democratic Action Party, Ibrahim Sharif, told CNN that the opposition would discuss further steps while the sit-in continues at the Pearl Roundabout. “There are positive steps taken by the government; however there are many pending issues before we start the dialogue”, Sharif said.

On Saturday, the crown prince told CNN that all political parties in Bahrain would have a seat at the table.

“What we must do is extend our hand to all of those who would like to reach out across the aisle, from all sects, from all political ideologies and say enough,” he said.