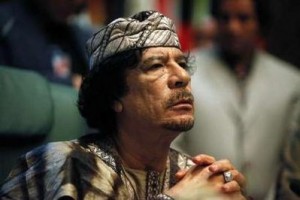 Arab Leaders and representatives wrapped up the 22nd Arab League (AL) Summit here on Sunday, agreeing to adopt a final declaration on a series of key Arab issues.

In the declaration, the Arab leaders said all Israeli measures and practices that seek to alter the features of occupied Jerusalem and its demographic, humanitarian and historic situation are invalid and cannot be accepted.

The declaration appeals for the international community, particularly the UN Security Council, the European Union and UN Education, Science and Culture Organization (UNESCO) to take responsibility in saving East Jerusalem and maintaining the al- Aqsa Mosque.

It also call on the Arab group in New York to request convening a special session of the UN General Assembly to stop all Israeli measures in Jerusalem that are in violation of the international law.

The declaration mandates forming a legal committee within the framework of the Arab League to follow up judaization of East Jerusalem and the conversion and confiscation of Arab property and to raise the issues before the national and international courts with jurisdiction to prosecute Israel legally.

Syrian Foreign Minister Walid Muallem said here earlier Sunday that his country is not part in any statement issued by the Summit due to its position against indirect talks between the Palestinians and Israelis.

AL Secretary General Amr Moussa announced at the closing session a decision by the Arab leaders to hold an extraordinary summit before October to discuss overhauling of the pan-Arab organization.

The two-day summit opened here earlier Saturday to discuss a package of major issues challenging the Arab world, including the Palestinian cause, inter-Arab differences and latest development in Sudan and Iraq, with rescuing East Jerusalem from Israeli violation top the agenda.

At the invitation of Gaddafi, 13 Arab leaders attended the annual gathering, while Egyptian President Hosni Mubarak, Saudi King Abdullah bin Abdul-Aziz, along with leaders of six other AL member states, stayed away from the summit.

UN Secretary General Ban Ki-moon was invited to address the opening session, in which he appealed for Arab leaders to support U.S.-led efforts to initiate proximity talks between Israel and the Palestinians. Xinhua