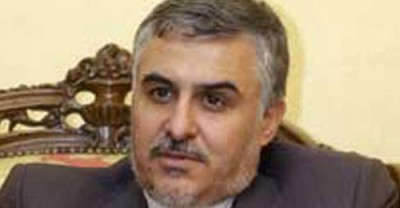 In an unprecedented development the Iranian Foreign Ministry adviser, Mohammad Ali Sobhani, yesterday blamed the Iraqi regime of  Nouri al-Maliki, and the Syrian regime of Bashar al Assad for the creation of the islamic State of Iraq  and Syria  ( ISIS)

In an interview with a local Iranian website «telltale News» Sobhani said  the sectarian policies during the reign of former PM Maliki   led to the formation of an incubator for the«Daash» or ISIS  organization .

Sobhani said that the economic and social problems that plagued Iraq, in addition to sectarian policies practiced  by the al-Maliki  regime led to the formation of a popular base for the emergence of ISIS  in the region.

Sobhani said that ISIS  benefited from the weakness of the state’s authority and from  injustices suffered by the  Sunni people which  forced them to  support ISIS  who promised to  take «revenge».

Sobhani also  criticized  the Assad regime, saying: «The Syrian people all  across the country  initially protested  peacefully  for  legitimate demands , but the Assad regime  tried to suppress the demonstrations with excessive force which led to the emergence of armed groups later, pointing out that the Syrian regime justifies it by saying« if not for  suppressing  the demonstrations the events  could have taken  a different course », stressing that he does not agree with this view, saying that« if the Syrian government has taken steps at the beginning of the demonstrations to meet the legitimate demands of the protesters  , the situation would not be like it is  today ».