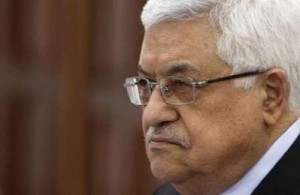 Palestinian leaders have raised the prospect of revoking an historic agreement with Israel amid rising frustration over the lack of progress towards a Palestinian state and growing dissent and protest on the streets.

President Mahmoud Abbas is considering cancelling the 1993 Oslo accords, and related economic agreements, according to media reports. The issue was discussed at a meeting of the Palestinian leadership at the weekend, the reports said.

The issue has been raised against the backdrop of renewed warnings that a two-state solution to the conflict may no longer be possible.

In a speech to be delivered on Thursday, Britain’s former foreign secretary David Miliband will say: “For the first time in a long time there is no ‘peace process’. Not even the pretence of one.”

He will urge world leaders not to forget the cause of a Palestinian state, despite attention being focused on “the convulsions in the Arab world”.

Rejecting the US presidential candidate Mitt Romney’s comments about the impossibility of a two-state solution, Miliband will add: “Now is not the time to say that the problem is unsolvable.”

The Oslo accords created the Palestinian Authority (PA) as an interim body intended to govern parts of the West Bank and Gaza until a permanent settlement with Israel and the creation of a Palestinian state.

But all subsequent attempts to reach such an agreement have failed, and there have been no peace talks for two years.

Critics say that, almost 20 years on, Israel’s military occupation and Jewish settlements in the West Bank are more deeply entrenched than ever, and that the PA has provided cover for Israeli actions.

The Palestinian chief negotiator, Saeb Erekat, said on Tuesday that the PA was now forced to consider withdrawing from agreements. “Such a step would not be an easy decision,” he said.

A second senior Palestinian official, Nabil Shaath, said: “Making an amendment here and another there would not help. The problem is not with one term or another … The world must realise that we are reconsidering the whole issue.”

The unilateral revocation of the Oslo accords would be opposed by Israel and the US. The dissolution of the PA would have far-reaching consequences for its 153,000 employees and their families, and for the provision of basic services, such as hospitals and schools. It would also entail Palestinian ministers giving up their privileges and government salaries.

The issue has been raised amid continuing protests in West Bank cities over the rising cost of living despite an emergency economic package announced last week by the prime minister, Salam Fayyad. Some protesters have demanded the scrapping of the Paris protocol, an economic appendix to the Oslo accords, which pegs Palestinian VAT to Israeli rates.

The financial crisis in the Palestinian territories was deepening, according to a World Bank report released on Wednesday that blamed an economic slowdown, a fall in donor aid and “few positive prospects in the broader political environment”.

It said that Area C, the 60% of the West Bank assigned to full Israeli control under the Oslo accords, contained most of the territory’s agricultural lands, natural resources and land reserves. “Sustainable economic growth cannot be achieved without a removal of the barriers preventing private sector development, particularly in Area C,” said Mariam Sherman at the Bank.

Mustafa Barghouti, a former presidential candidate, said the Palestinian leadership was serious about reviewing the Oslo accords. “The agreement has become a cover for the Israelis’ policy of expanding settlements and creating a system of apartheid on the ground,” he said.

The PA could take actions short of dismantling itself, such as unilaterally setting its own VAT rate, he said. “Some people advocated that economic success was possible even under occupation. It is not possible.”

But Diana Buttu, an independent analyst, said the talk of cancelling the accords was unlikely to result in action. “This is just talk for them. They don’t have any other strategy. Cancelling Oslo in all its forms would mean going back to popular struggle and these guys don’t want that.”