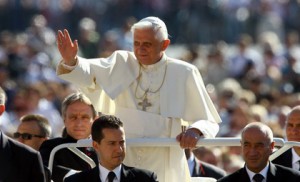 Pope Benedict is expected to meet with Muslim leaders in Lebanon Saturday, as part of his three-day visit to the Middle East.

Upon arrival in Lebanon Friday, the pope said he has come to the region as a “pilgrim of peace”. The trip comes days after a deadly Muslim uprising in the region, triggered by a film produced in the United States mocking Islam’s leader, the Prophet Muhammad.

People lined the streets of Beirut, as the pope’s motorcade made its way to the presidential palace Saturday, where he was greeted by President Michel Suleiman. The pope is expected to give a speech on the pursuit of peace and reconciliation between Christians and Muslims.

Pope Benedict says he never considered canceling his trip to Lebanon because of security concerns brought on by violence in the region.

Environment Minister Nazem Khoury said Saturday that the visit of Pope Benedict XVI to Lebanon is of great value and is welcomed by all political and religious leaders, stressing that the Mufti of the Republic Sheikh Mohammad Rachid Qabbani will participate today in the meeting with the Pope.

He is expected to hold two open air events. 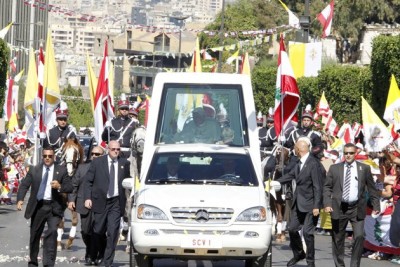