No Rush to War 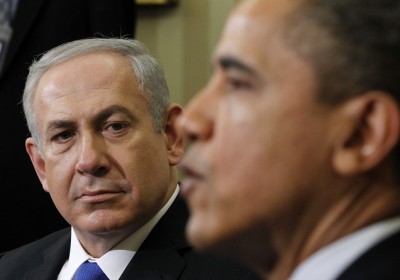 Amid the alarming violence in the Arab world, a new report about the costs of a potential war with Iran got lost this week. It says an attack by the United States could set back Iran’s nuclear program four years at most, while a more ambitious goal — ensuring Iran never reconstitutes its nuclear program or ousting the regime — would involve a multiyear conflict that could engulf the region

The significance of the report by The Iran Project is not just its sober analysis but the nearly three dozen respected national security experts from both political parties who signed it: including two former national security advisers, Brent Scowcroft and Zbigniew Brzezinski; former Undersecretary of State Thomas Pickering; and the retired Gen. Anthony Zinni.

Yet Prime Minister Benjamin Netanyahu of Israel is trying to browbeat President Obama into a pre-emptive strike. On Tuesday, he demanded that the United States set a red line for military action and said those who refuse “don’t have a moral right to place a red light before Israel.” Later, Mr. Obama telephoned him and rejected the appeal. On Friday, Mr. Netanyahu suggested in an interview that Israel cannot entirely rely on the United States to act against Iran’s program.

Leaders need flexibility and ambiguity, not just hard and fast red lines. And it is dangerous for Mr. Netanyahu to try to push the president into a corner publicly and raise questions about Washington. Is that really the message he wants to send to Tehran?

Leaders need flexibility and ambiguity, not just hard and fast red lines. And it is dangerous for Mr. Netanyahu to try to push the president into a corner publicly and raise questions about Washington. Is that really the message he wants to send to Tehran?

There is no reason to doubt President Obama’s oft-repeated commitment to keep Iran from having a nuclear weapon. But 70 percent of Americans oppose a unilateral strike on Iran, according to a new poll by the Chicago Council on Global Affairs, and 59 percent said if Israel bombs Iran and ignites a war, the United States should not come to its ally’s defense.

Iran is advancing its nuclear program in defiance of the United Nations Security Council. That’s a danger to Israel, the region and all efforts to curb proliferation. But administration officials and many other experts say Iran is still a year or more away from producing an actual weapon, and, if it begins to build one, they will know in time to take retaliatory action.

The best strategy is for Israel to work with the United States and other major powers to tighten sanctions while pursuing negotiations on a deal. It is a long shot, but there is time to talk. And that’s where the focus must be.