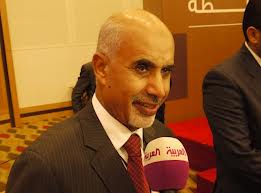 Libya’s president expressed confidence Friday that authorities would capture “sooner or later” the people behind this week’s attack that killed a U.S. ambassador and three other Americans.

In an interview with CBS News correspondent Charlie D’Agata, Libyan President Mohamed Yousef El-Magariaf said “everyone is determined” to catch the heavily armed militants who launched Tuesday’s brutal assault on the U.S. Consulate in the port city of Benghazi.

Magariaf, who talked with D’Agata in Benghazi, confirmed that four arrests have already been made in the investigation. Magariaf also confirmed that a no-fly zone has been established for the city “to prevent any attempts by the perpetrators to flee the country.”

Magariaf said it was too early to identify the group responsible for the attack. CBS News national security correspondent David Martin reports that, according to U.S. officials, a radical Islamic group called Ansar al Sharia is the leading suspect.

The attackers struck at 10 p.m. local time Tuesday, and within 15 minutes were inside the compound firing on the main building, where U.S. Ambassador Christopher Stevens, Sean Smith, a Foreign Service information management officer, and a security officer had already begun destroying classified documents, Martin reports.

Smoke and flames from a rocket-propelled grenade which exploded on the roof drove the security officer out of the building, but he went back in to find Stevens and Smith.

“When he got to Sean Smith he was already dead. He pulled him from the building. He went back into the building with additional security forces but was unable to locate Ambassador Stevens before the fire overcame the building.”

The battle then shifted to an annex where two other Americans, former Navy SEALs Glen Doherty and Tyrone Woods were killed, apparently outnumbered and outgunned by their attackers.

The 30 Americans at the consulate who survived the attack did so by taking shelter in an annex of the consulate, Martin reports. They were hunkered down there for about four-and-a-half hours until Libyan forces finally got control of the situation.