by yalibnan
1966
With Syrian despot Bashar al-Assad on his way out, one of the world’s most dangerous terrorist organizations may also be heading for trouble
Share: 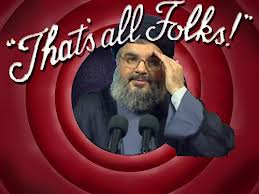 With Syrian despot Bashar al-Assad on his way out, one of the world’s most dangerous terrorist organizations may also be heading for trouble — Hezbollah, in Syrian-dominated Lebanon.

The clearest sign so far that Hezbollah may be losing its grip on Lebanese politics came Wednesday, as Lebanon marked the 67th anniversary of the foundation of its national army.

* Hezbollah insists that it maintains an unofficial army to “resist Israeli aggression.”

Suleiman said: “Defending the nation and ensuring its sovereignty with the force of arms is the exclusive prerogative of the national army.”

* Hezbollah also claims to be part of a “Resistance Front,” along with the Islamic Republic in Tehran and the Assad regime in Damascus. This, it says, means waging “relentless war” against the United States and Israel until “the Islamic Revolution” triumphs worldwide.

Suleiman, by contrast, pointedly asserted that no one had the right to involve Lebanon in conflicts that have nothing to do with it.

“We will not be dragged into problems created by others,” he said.

* Hezbollah has turned southern Beirut, parts of the Bekaa Valley and parts of south Lebanon into no-go areas for the Lebanese national army and police. 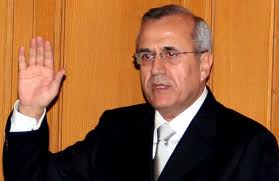 In tones that would have been unimaginable even a month ago, Suleiman said the national army would assert its presence throughout the national territory:

Suleiman also raised the issue of disarming Hezbollah, a goal already enshrined in documents of national accord as well as three UN Security Council resolutions.

“We reject the chaotic spread of arms and are opposed to the use of weapons outside the national framework,” he said.

The Lebanese leader referred to the Arab Spring as a “historic quest for freedom, pluralism and justice.” Without naming Assad, he said the Syrian despotism was doomed because it had failed to respond to “aspirations for freedom and pluralist government.”

For three decades, thanks to massive financial and political support from the Iranian mullahs, Hezbollah has blackmailed Lebanon’s political elite and built a state within the state. It has involved the nation in adventures having nothing to do with national interests, including terrorist operations and the kidnapping of Western hostages on behalf of Tehran.

With Mafia-style operations, Hezbollah has built a large black economy, sometimes imposing monopolies by terror. It runs banks, insurance and transport companies, hotels and telecom networks, as well as factories assembling bombs and rockets. Its leader, Hassan Nasrallah, claims that the group has stockpiled more than 100,000 short- and medium-range rockets and missiles.

Tehran leaders routinely describe Hezbollah as an “Iranian advance post” in a war against the United States and Israel.

A rebel victory in Syria would make it harder for Iran to ferry arms to Hezbollah, limiting the terrorist group’s ability to blackmail Lebanese politicians. At present, Hezbollah controls the government through Prime Minister Najib Miqati, a Syrian cat’s-paw, with support from Maronite Christian ex-Gen. Michel Aoun.

Assad’s fall would mean the end of Miqati’s premiership. (Indeed, as an astute businessman, he might cut and run before his Syrian patron falls.) And Aoun, sensing the change of weather, has already started distancing himself from the Iranian scheme in Lebanon.

For the first time since its civil war of 30 years ago, Lebanon has a real chance to regain its sovereignty, shake off Syrian and Iranian domination and embark on the “democratic leap” that Suleiman has evoked. Supporting that process is in the best interests of the United States and other Western democracies.

The Obama administration has frozen a package of aid, including the delivery of helicopter gunships to the Lebanese army, approved by Washington in 2005 after the Syrian army was driven out of Lebanon.

Without immediately ending the freeze, President Obama can signal support for Suleiman by offering a new timetable for talks to reorganize and re-equip the Lebanese army, so that it can assert its presence throughout the country and prepare the way for disarming Hezbollah.