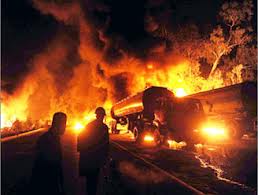 A fire at Iran’s biggest petrochemical plant has killed at least one person and injured a dozen others, according to Iranian state media.

The incident at the Imam Khomeini Petrochemical Complex was caused by a gas leak, the Fars news agency quoted a government official as saying.

The fire has been extinguished and factory operations have not been interrupted, Fars reported.

The factory in the southwestern city of Mahshahr produces oil derivatives.

The city’s Governor Manoochehr Hayati said the gas leak occurred at a supply line of the factory, according to Fars.

Other Iranian media reports that three people had been killed in the incident could not be independently verified.