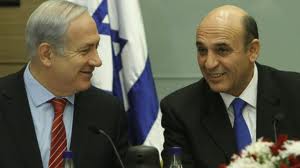 In a dramatic turn of events that could influence a possible Israeli strike on Iran, Israeli media reports early Tuesday indicate that Prime Minister Benjamin Netanyahu has reached an agreement with the Kadima opposition party for a unity government, canceling an early election.

There was no immediate comment from official sources on the decision that was reported at about 2 a.m.

The reports came as Israel’s parliament held debates long into the night over whether to break up ahead of early elections called for the fall. Knesset spokesman Yotam Yakir said no final vote was taken and parliament is not dispersing.

Earlier Monday, the Israeli government proposed that the election be moved up to Sept. 4.

The election had originally been set for 2013.

According to the media reports, Netanyahu forged an agreement with opposition leader Shaul Mofaz of Kadima shortly before parliament was set to vote to disperse.

The appointment of Mofaz, a former military chief and defense minister, is significant in Israel’s standoff with Iran as he has been a vocal critic of Israel striking Iran’s nuclear sites on its own.

The call for early elections had renewed speculation that Israel might attack Iran’s suspect nuclear program, perhaps within months.

Israel, like the West, thinks Iran is developing nuclear weapons, a charge Tehran denies. But it has repeatedly hinted it might strike Iran if it concludes that U.S.-led diplomacy and sanctions have failed.

Netanyahu has hinted at the possibility of an Israeli military strike on Iran’s nuclear facilities but has not made an open threat.

Israel considers Iran a threat to its existence because of its nuclear and missile development programs, frequent reference to Israel’s destruction by Iranian leaders and Iran’s support of violent anti-Israeli groups in Lebanon and Gaza.

The reports said Kadima agreed to join Netanyahu’s government on condition it supports a proposal about a military deferment for ultra-Orthodox Jews. The issue was one of the main reasons Netanyahu decided to bring forward the election date. The deal stipulates that Mofaz will serve as deputy prime minister and that two other key parties, Yisrael Beitenu and Shas, had agreed to the move, according to reports.

The current government is the most stable Israel has had in years. But disagreements on a variety of domestic issues such as drafting the ultra-Orthodox into the military and tearing down illegal structures in West Bank settlements have led Netanyahu to move up elections by more than a year.

Recent polls have suggested Netanyahu’s Likud Party would win at least one-quarter of parliament’s 120 seats to become the legislature’s largest faction — putting him in a comfortable position to form a majority coalition.

They also show he might be able to form a more moderate coalition than the hawkish lineup he now heads, in partnership with centrist parties more open to making concession to the Palestinians.

Israel’s Labor party called the move “ridiculous” and said they would remain in the opposition.