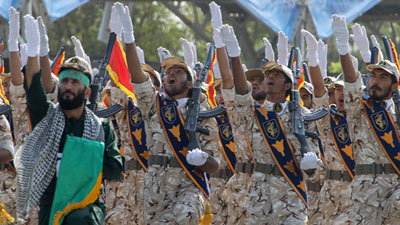 Israeli Prime Minister Benjamin Netanyahu rejected criticism of his likening of a nuclear-armed Iran to the Nazi Holocaust as improper, saying in an address to the country on Wednesday that “uncomfortable truths” must be aired.

He defended his analogy on the eve of Israel’s annual day of Holocaust remembrance against those who say it is not only irreverent to the six million Jews killed by Hitler’s Germany but also stokes panic about a new war.

The Jewish state has not ruled out military strikes on Iran’s nuclear facilities if international sanctions imposed on Tehran or diplomacy fail to curb its atomic programme.

Western states suspect Iran is enriching uranium to develop the capability to build atomic bombs. The Islamic Republic says its enrichment programme is solely for peaceful energy purposes and poses no threat to anyone.

Israel, widely assumed to have the Middle East’s only nuclear arsenal, say a nuclear-armed Iran would be a mortal threat and when speaking of the issue, Netanyahu often cites lessons learned from the Holocaust.

“I know there are people who believe that it is forbidden to mention the unique evil of the Holocaust while talking about the current threats facing the Jewish people. They claim that doing so cheapens the Holocaust and insults its victims,” Netanyahu said. “I completely reject this approach.”

An Israeli opposition leader, Tzipi Livni, has said it is inappropriate for the government to use such rhetoric and former military chief Dan Halutz said “Holocaust-like” invocations scare the entire nation.

Commentator Gideon Levy wrote in the liberal daily Haaretz that Netanyahu had “belittled and cheapened” memories of the Holocaust.

A report from the U.N. nuclear watchdog last year revealed a trove of intelligence pointing to research activities in Iran of use in developing the means and technologies needed to assemble nuclear weapons, should it decide to do so.

But despite heightened speculation of a possible pre-emptive attack on Iranian nuclear facilities, the sense of unease has had little impact on normal life in Israel.

Few Israelis doubt they face hostility from the Islamic Republic. But some take umbrage at the Holocaust talk, given the protection now afforded by their seasoned military.

“I will continue saying the truth to the world but first of all to my own people, who I know are strong enough to hear the truth,” Netanyahu said. “And the truth is that it is necessary to prevent Iran from obtaining a nuclear weapon. It is the duty of the world, but above all, it is our duty.”