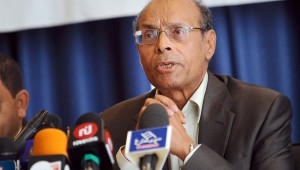 Tunisia’s president has told a local paper he is ready to offer asylum to Syria’s leader Bashar Assad as part of a negotiated solution to end the Syrian conflict, the paper’s website announced said Tuesday.

President Moncef Marzouki said the offer would also extend to Assad’s associates, in the interview set to appear Wednesday in the French-language daily La Presse.

Tunisia would be a surprising choice for Assad’s retirement as it was the first Arab nation to topple a longtime autocrat when its former president fled the country a year ago in the face of protests.

Pro-democracy demonstrations in Syrian towns and cities have been violently repressed, provoking world condemnation of the government.

Tunisia was the first country to recall its ambassador from Syria in protest at the violence and it also hosted an international conference Friday which called for an immediate cease-fire and the delivery of humanitarian aid to the country.

Assad’s forces continue to bombard a number of cities and opposition activists say more than 8,000 people have died in the last 11 months.