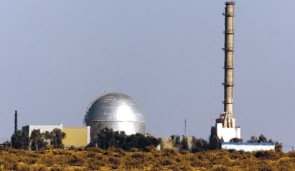 Israeli newspaper Haaretz reported that IDF and the IAEC prepared for possibility of an attempted attack on the reactors during a conflict with Iran, Syria, Hezbollah in Lebanon or Hamas and other Palestinian organizations in Gaza.

Nuclear activity at the reactors at Dimona and Nahal Sorek will desist should missiles attack Israel’s home front, the daily wrote . The aim of such nuclear stoppage would be to prevent damage to the reactors’ outlying area, should missiles penetrate the facilities’ defense shields. A decision for such a stoppage was reached by the Israel Atomic Energy Commission, in coordination with the IDF Home Front Command, the daily added.

Dimona is reportedly located within the range of surface-to-surface missiles possessed by Iran, Syria and Hezbollah. Rockets fired from Gaza in the direction of Ashdod-Gedera could land within the perimeter of the Nahal Sorek reactor. The Dimona reactor was attacked for the first time by Scud missiles fired from Iraq in January and February 1991. Israel bombed Iraqi reactor in June 1981. The Iraqi Scud missiles missed their target.