The cabinet met on Wednesday and approved a decree that enacts offshore oil exploration projects, including the formation of a committee to oversee the issue, Social Affairs Minister Wael Abu Faour told reporters press following the cabinet meeting at the Grand Serail.

The parliament endorsed the bill in August 2011.

“Among the most prominent items approved by the government was the adoption of a draft decree on the oil sector commission, which includes the financial and administrative regulations and organizes employment in the sector, as recommended by the relevant panel.” Abu Faour said and added that the cabinet agreed to amend certain laws, including ones related to the management of civil aviation.

Abu Faour also quoted Prime Minister Najib Mikati as telling the ministers that there needs to be “solidarity in the government in order to face challenges and called on the ministers to be united and harmonious and cooperative with the other constitutional authorities.”

Last December 28 the ministerial committee charged with following up the issue of oil and gas excavation referred the executive decrees prepared by the energy and water ministry to the government. 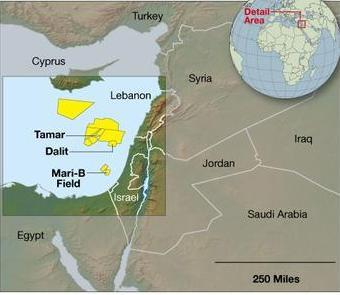 “The oil wealth is located in the south, center, north, near the coast, away from the coast and in all areas. ” The minister added “therefore we have several opportunities and capabilities that would allow us to easily utilize this oil wealth.”

Lebanon and Israel, which remain technically at war, have disputes over the maritime border after the discovery of potential offshore energy reserves. Each country prepared its own maritime border map

Lebanon argues its map is in line with an armistice accord drawn up in 1949, an agreement which is not contested by Israel.