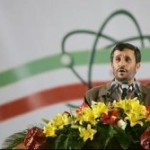 The U.N. nuclear watchdog is expected this week to issue its most detailed report yet on research in Iran seen as geared to developing atomic bombs, heightening international suspicions of Tehran’s agenda and stoking Middle East tensions.

Western powers are likely to seize on the International Atomic Energy Agency document, which has been preceded by media speculation in Israel of military strikes against Iranian nuclear sites, to press for more sanctions on the oil producer.

But Russia and China fear the publication now of the IAEA’s findings could hurt any chance of diplomacy resolving the long-running nuclear row and they have lobbied against it, signalling opposition to any new punitive U.N. measures against Iran.

The report is tentatively scheduled to be submitted to IAEA member states on November 9 before a quarterly meeting the following week of the agency’s 35-nation board of governors in Vienna.

It “will be followed by a U.S.-European Union push for harsher sanctions against Iran at the U.N. Security Council, where Western powers will meet stiff resistance from Russia and China,” said Trita Parsi, an expert on U.S.-Iran relations.

The document is expected to give fresh evidence of research and other activities with little other application than atomic bomb-making, including studies linked to the development of an atom bomb trigger and computer modelling of a nuclear weapon.

Sources briefed on the report also say it will include information from both before and after 2003 — the year in which U.S. spy services estimated, in a controversial 2007 assessment, that Iran had halted outright “weaponisation” work.

Many conservative experts criticised the 2007 findings as inaccurate and naive, and U.S. intelligence agencies now believe Iranian leaders have resumed closed-door debates over the last four years about whether to build a nuclear bomb.

“The primary new information is likely to be any work that Iran has engaged in after 2003 … Iran is understood to have continued or restarted some research and development since then,” said Peter Crail of the Arms Control Association, a U.S.-based advocacy group.

The sources familiar with the document said that among other things it would support allegations that Iran built a large steel container for the purpose of carrying out tests with high explosives applicable to nuclear weapons.

“This is not a country that is sitting down just doing some theoretical stuff on a computer,” a Western official said about the IAEA’s body of evidence, which is based on Western intelligence as well as the agency’s own investigations.

The report will flesh out and expand on concerns voiced by the IAEA for several years over allegations that Iran had a linked program of projects to process uranium, test high explosives and modify a missile cone to take a nuclear payload.

It is not believed to contain an explicit assessment that Iran is developing a nuclear weapons capability. “The IAEA’s report will not likely contain any smoking guns,” said Mark Hibbs of the Carnegie Endowment for International Peace.

But Western diplomats say the dossier will be incriminating for the Islamic Republic and present a compelling case that it is carrying out weapons-relevant work.

Iran says the accusations of military nuclear activity are forged and baseless, showing no sign of backing down in the face of intensified international pressure.

“They are claiming that they are going to publish new documents. We know what the truth is — let them publish them and we’ll see what happens. Will they not be called into question as an agency that is under pressure by foreign powers?”

But Iran’s history of concealing sensitive nuclear activity and its refusal to suspend work that can potentially yield atomic bombs have already been punished by four rounds of U.N. sanctions, and separate U.S. and European punitive steps.

In the run-up to the report there has been an escalation of rhetoric on both sides.

Ayatollah Mahmoud Alavi, a senior Iranian cleric, Sunday dismissed talk of a military strike by Israel as empty propaganda, taunting the Jewish state for screaming “like a cornered cat” rather than roaring like a lion.

Alavi, a member of the Assembly of Experts, a body that appoints and supervises Iran’s supreme leader, said Israel would not dare attack Iran. “If they make such a mistake they will receive a crushing response from the Islamic Republic,” he told the official IRNA news agency.

Israel bombed an Iraqi nuclear reactor in 1981 and launched a similar strike against Syria in 2007 — precedents lending weight to its veiled threats to take similar action against Iran if foreign pressure fails to curb its atomic activities.

But many independent analysts see any such mission as too much for Israel to take on alone. Israel lacks long-range bombers that could inflict lasting damage on Iran’s widely dispersed and fortified facilities.

Parsi said U.S. officials tended to view Israeli threats of military action as a pressure tactic to get Washington and Europe to adopt tougher sanctions against Iran.

But he said it would be dangerous to dismiss Israel’s “sabre-rattling” out of hand.

“How much longer can this game of brinkmanship … be pursued before it turns into a self-fulfilling prophecy?” Parsi wrote in an article posted on the website of CNN.