Hezbollah: Every victim of 2006 war should sue Lebanon

Victims of the July 2006 war with Israel should file lawsuits against Lebanese officials and Western governments for assisting the Jewish state during the conflict, Loyalty to the Resistance Bloc MP Nawaf Mousawi said Sunday.

“Those who were harmed from the Israeli aggression should file lawsuits in Lebanese courts and international courts against those who colluded with Israel against them in 2006 and against Western governments, especially the U.S. government, who provided the enemy with missiles to be fired at our neighborhoods and homes,” Mousawi said during a ceremony organized by Hezbollah to commemorate those who died during the war.

“Starting from tomorrow, every victim should … file lawsuits in courts against the names that were mentioned in the documents and be persecuted on charges of treason and complicity with Israel,” Mousawi said, referring to Lebanese officials whose names were quoted in WikiLeaks cables by then U.S. Ambassador Jeffrey Feltman as being against Hezbollah during the war.

Mousawi also urged victims to file lawsuits in international courts against the British government for allegedly opening up its civil airports to facilitate the transfer of missiles from the U.S. to Israel. 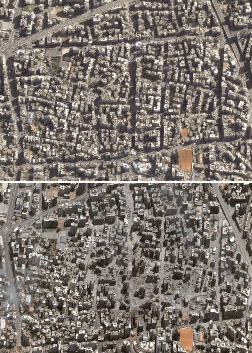 Mousawi Sunday also touched upon the Special Tribunal for Lebanon indictments against four Hezbollah members for involvement in the 2005 car bomb which killed former Prime Minister Rafik Hariri and 21 others.

Hezbollah’s secretary-general, Sayyed Hasan Nasrallah, has said that the four suspects would not be arrested “in 300 years.” The party has repeatedly questioned the credibility of the tribunal and described the United Nations-backed court as a thing of the past.

“We tell you to increase the number of names because then we wouldn’t have only four names, but 20 or 70 names because these names will be stars shining bright in our skies,” Mousawi said, describing the court as a conspiracy against the party.