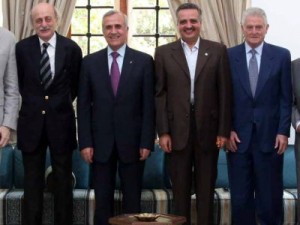 “National dialogue has become a joke… and it turned out that [the March 8 parties] did not honor agreements reached in past dialogue session,” Chamoun told Future News.

“[March 8 parties] know that their cabinet will not last for long… which is why they are quickly making administrative appointments that are important to them.”

Asked about the Syrian uprising, Chamoun said that the Syrian regime “cannot keep behaving the way it is” with pro-democracy protestors, adding that the regime “is sentenced to death.”