FBI adds Lebanese-Canadian citizen to list of most wanted terrorists 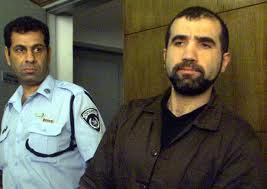 The FBI added a former Dearborn, Mich., resident to its most wanted terrorists list Wednesday, a move that puts Faouzi Ayoub among some of the most hunted and dangerous men in the world.

The move coincided with federal prosecutors unsealing an indictment against the 44-year-old Lebanese man, who has remained hidden for almost two years.

The indictment accuses Ayoub, who is also a Canadian citizen, of using a phony passport to try to travel to Israel to detonate a bomb on behalf of the terrorist group Hezbollah.

Federal court records and published reports chronicle alleged terrorism ties, Ayoub’s brief detention in Israel and how he was freed in a controversial swap involving prisoners, a businessman and dead soldiers.

Little is known about Ayoub’s time in Dearborn, however, and federal officials weren’t saying whether they think he is living in the area.

Ayoub faces up to 25 years in prison if convicted of passport fraud — providing the FBI can find him. His whereabouts were unclear Wednesday.

The United States does not have an extradition treaty with Lebanon if Ayoub has returned to his native land.

Public records indicate a man named Faouzi Ayoub lived at six different locations in Dearborn — including an apartment on West Warren Ave. — and worked at a management company in Detroit. It is unclear whether Ayoub has family or acquaintances in Dearborn.

The FBI’s most wanted list Wednesday included a photo of Ayoub, a host of aliases and a physical description. Ayoub, who is 5 feet 7 inches tall and weighs 169 pounds, was born in Beirut and is considered armed and dangerous.

Prosecutors say on Oct. 8, 2000, Ayoub tried to use a fake passport that carried the phony name Frank Mariano Boschi. He allegedly tried to enter Israel to conduct a bombing on behalf of the Lebanese terrorist group Hezbollah.

Ayoub’s profile joins 31 other alleged terrorists being hunted by the FBI. The list includes Ayman al-Zawahiri, the late Osama bin Laden’s longtime second-in-command, who has taken control of Al Qaeda.

Al-Zawahiri is accused of helping plan the Sept. 11, 2001, terrorist attacks.

Typically, an FBI field office nominates someone to be added to the most wanted list. The nomination goes through an extensive review process.

“It’s a significant impact that this individual is on the list,” said Special Agent Sandra Berchtold, spokeswoman for the FBI’s field office in Detroit.

“The list has been posted and is accessible internationally,” Berchtold added.

Though the indictment was unsealed Wednesday, it was issued by a federal grand jury Aug. 5, 2009.

Ayoub was among 21 Lebanese prisoners released by Israel in early 2004 in exchange for a businessman and the bodies of three soldiers, according to media reports.

He was arrested by Israeli security forces after arriving in that country in June, 2002, according to the Globe and Mail newspaper. Ayoub was accused of being a Hezbollah emissary who trained Palestinian militants how to make bombs.

When he was freed, a TV crew broadcast his return to Beirut. Ayoub’s wife and three sons greeted him when he stepped off the plane at the airport.

Photo: Faouzi Ayoub stands handcuffed next to an Israeli policeman in a courtroom in Tel Aviv on Oct. 31, 2002. On Wednesday, July 6, the FBI added the Canadian citizen, who was born in Lebanon, to its list of most wanted terrorists.