Hezbollah getting ready for the day after Assad falls , report

by yalibnan
2966
"The Shiite militia is very nervous now," a Western expert told the French daily Le Figaro . Hezbollah wants to get its weapons out from Syria before the Baathist regime falls .
Share: 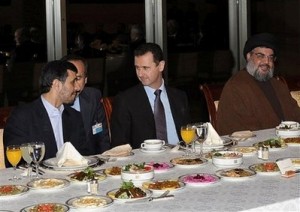 French newspaper Le Figaro reported on Saturday that Israel has asked Western countries to stop their diplomatic campaign against the Syrian regime for fear that the weapons of mass destruction of the Syrian regime will fall in the hands of Hezbollah and Hamas.

The newspaper said the chief of military intelligence in the Israeli army, Major-General Aviv Kochavi has relayed the Israeli position during his visit to the United Nations headquarters in New York a few weeks ago.

Le Figaro also quoted on Saturday a Western expert closely following the Iranian-Syrian ties that Hezbollah is  actually already moving its arsenal from Syria over fears that the anti-Assad demonstrations would lead to regime change.

“The Shiite militia is very nervous now,” said the  Western expert said  adding  ” Syria is the back yard through which passes the weapons that Iran sends to Hezbollah and the party want to get out its   its weapons before the Baathist regime falls “.

“Some of    Hezbollah  weapons in Syria are located in densely populated areas,” warned a recent U.S. diplomatic cable leaked by Wikileaks. They are particularly positioned in  Duma, near Damascus, and  Homs region, homes of  recent protests against the Syrian regime.”

The expert confirmed that Western intelligence had monitored the movement of trucks from the Syrian border to eastern Lebanon’s Bekaa valley.

The trucks are allegedly transporting Iranian-made Zelzal,  Fajr 3  and Fajr 4  rockets that the Shiite party had amassed in depots in Syria.

Le Figaro revealed that Hezbollah’s logistics units based in Syria were helping the party move its arsenal.

In an effort to confront the surveillance, Syrian intelligence units and Iran’s al-Quds Force have established a central command at the Damascus airport, Le Figaro added. 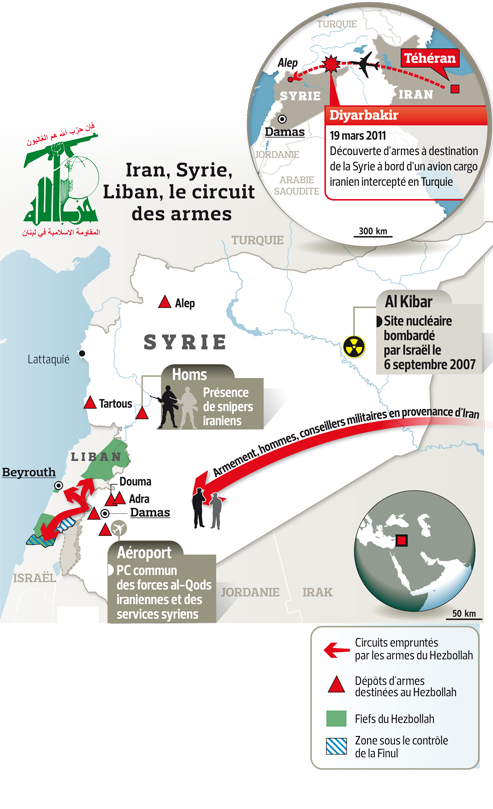