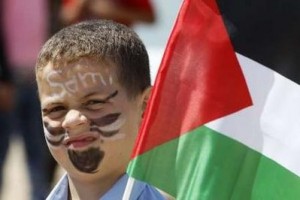 Fatah leader in Lebanon Munir Maqdah said on Wednesday that all Palestinians including Fatah and Hamas groups will take part in the Naksa Day rally scheduled for June 5.

“All Palestinian factions will participate in the event, including institutions from Lebanon’s civil society.”

He told the Central News Agency.

“The May 15 clashes are a ball of fire that will keep on growing until it burns the occupier until the Palestinians are granted their right to return to their homeland,” he added.

Palestinian sources told the news agency that the demonstrators are planning on marching to the Lebanese-Israeli border on June 5, where they will set up tents at Maroun al-Ras and at the Khiyam prison.

They added that preparations and contacts are underway with Lebanese authorities, Hezbollah, and other parties in order to stage Sunday’s rally.

Ten protesters were killed and 112 were wounded in a shooting incident at the Lebanese-Israeli border where Palestinians were demonstrating on Sunday May 15 , security sources said.

June 5 marks the Naksa day the day of defeat . It is the day when the Arab armies were defeated by Israeli in the 1967 six day war . Syria lost the Golan Heights, the Palestinians lost the west bank and Gaza and Egypt lost the Sinai desert.

Security sources told Kuwaiti newspaper al Anbaa that the Lebanese army won’t allow a repeat of the al Nakba day protests that took place in Maroun al Rass. The sources stressed that the army will not allow Israel any more excuses for more killings