Hezbollah official: Time of partnership in Lebanon is over 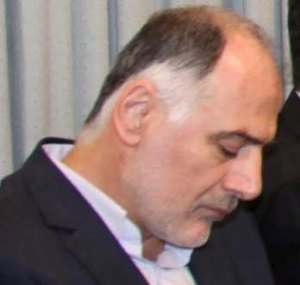 Resigned Minister of Administrative Development Mohammad Fneish, a key  Hezbollah official  said on Sunday that caretaker Prime Minister Saad Hariri should get used to being out of power despite the fact that he doesn’t like it .

Fneish criticized Hariri for ‘attacking the Islamic Republic of Iran,” according to the National News Agency. He said ” Iran is a powerful country that threatens the existence of Israel” and accused Hariri of serving the interests of the US and Israel in his criticism of Iran.

Fneish also voiced support for the Syrian regime, adding that “there is a difference between the demand for reform and foreign projects of interference and incitement.”

He addressed those who criticized Hezbollah for supporting protests in Bahrain, asking, “What is your response to your direct interference in what is going on in Syria?” In reference to the Syrian government owned TV broadcast alleging that a Future Movement MP was financing the protests in Syria .

Hezbollah was reportedly created by the Iranian Revolutionary Guards in 1982 with the aim of establishing an Islamic republic in Lebanon.

Hariri – whose government collapsed in January – recently said that the Lebanese do not accept that their country become an “Iranian protectorate,” adding that the same goes for “Kuwait, Bahrain, or any Arab country.”