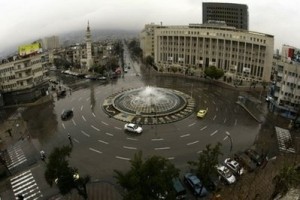 A Facebook page has called for mass protests in Syria and in several Western countries against the rule of President Bashar al-Assad.

The organisers of the page, which had 25,000 fans early on Saturday, said the date for demonstrations to be held “in all Syrian cities” was being carefully studied and “will be determined in a few days.”

It urged “peaceful demonstrations in all Syrian cities, in Canada, in the United States, Great Britain, France, Germany and Australia” to demand Assad’s ouster.

Assad became president in 2000 after the death of his father, Hafez al-Assad, and was returned for a second seven-year term in a referendum in 2007 in which he was the only candidate.

The organisers say on the page that they do not belong to any party, but are “defenders of human rights, Syrian militants inside Syria and in Europe.”

Other similar Facebook pages have cropped up recently, particularly in support of Tal al-Mallouhi, a 19-year-old Syrian blogger who was sentenced last week to five years in prison after she was accused of working for the CIA.

The US State Department has described the accusation as “preposterous.”

Another, unidentified, group recently used Facebook to call for a “day of rage” on February 4, but despite attracting thousands of members on the site, the demonstrations did not take place.

Syria was 173rd of 178 countries in a 2010 ranking of press freedom around the world by Reporters Without Borders, eight rungs lower than in 2009 because of its stepped up controls over the Internet.