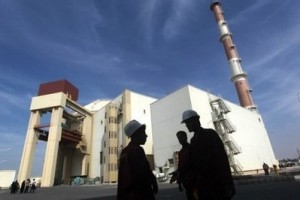 Iran increased its stockpile of low-enriched uranium in recent months despite intense international pressure and claims that a computer virus had slowed its program, a report Friday by the U.N.’s nuclear watchdog agency indicates.

Iran will remove the fuel from the reactor of a Russian-built nuclear power plant in the southern city of Bushehr, a top official said on Saturday, citing technical advice from Moscow.

The plant, which has seen a roller-coaster ride since its construction began in the 1970s, was scheduled to generate electricity from April 9, and the latest development signals a likely delay in achieving that aim.

At the beginning of February, according to the report prepared for the board of governors of the International Atomic Energy Agency, Iran had nearly 8,000 pounds of uranium enriched to 3.5%, a quantity sufficient for about three nuclear weapons if further enriched to 90%.

The U.S. and its allies suspect Iran of seeking to develop atomic weapons; Iran contends that its program is for peaceful purposes only.

“Based on the recommendation of Russia, which is in charge of completing the Bushehr atomic power plant, the fuel inside the reactor core will be taken out for a while to conduct some experiments and technical work,” Iran’s envoy to the UN atomic watchdog, Ali Asghar Soltanieh, told the ISNA news agency.

Iran had started loading the fuel into the plant on August 21, which Moscow at that time said was the “physical launch” of the facility.

In January, Iran’s former atomic chief Ali Akbar Salehi said the plant would be ready to generate electricity on April 9 after operations began on November 27.

The decision to remove the fuel, also supplied by Russia, is the latest development in the more than three-decade old history of the plant, which was first launched by the US-backed shah using contractors from German company Siemens.

The production rate of low-enriched uranium has remained unchanged, the report reveals. However, analysts pointed out that the number of centrifuges said to be producing it has increased. That raised the possibility, according to David Albright of the Institute for Science and International Security, of ongoing production problems or continuing after-effects of the computer virus.

Many computer experts believe that the Stuxnet computer program was created by Israel or the United States as part of a covert effort to hamper what they believe is Iran’s drive for an atomic weapon. The U.S. and Israel have recently lengthened the amount of time they estimate it would take Iran to build a nuclear weapon.

The IAEA also said it had received new information about possible military dimensions to the Iranian nuclear program, but the report went into few details.

In a restricted copy of the document obtained by The Times, IAEA Director-General Yukiya Amano highlighted concerns about possible “past or current undisclosed nuclear-related activities related to the development of a nuclear payload for a missile.” Agency officials criticized Iran for failing to cooperate on the issue.