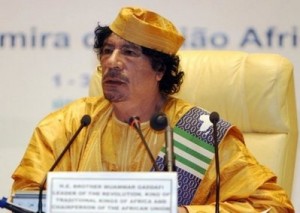 Progressive Socialist Party leader MP Walid Jumblat criticized on Monday the West’s “suspicious” silence over the developments in Libya that are similar to the confusion it felt when confronting the anti-regime protests in Egypt.

“These double standards harm the West’s credibility in the Arab and Muslim world and shatter its image because of its constant pursuit of its interests,” he continued.

Jumblatt comments were featured in his weekly editorial in the PSP-affiliated al-Anbaa magazine that the silence stems from the West’s interest in the oil wealth, “which remains the main drive behind most of western policies that turn a blind eye to human rights and democracy once their interests are jeopardized.”

“Whoever relies on the US and the West is [thinking] without reason since the US is always biased toward Israel.”

Addressing the developments in Libya, the MP said: “It’s time for Libyan President Moammer Gadhafi to step down after 42 years in power and pave the way for real change.”

“The threats issued by Ghadhafi’s regime are nothing but a desperate attempt to clamp down on the people through terrorization and intimidation,” Jumblat stated.

“They won’t turn back the hands of time or alter the course of developments that are aimed at establishing real change,” he noted.