Gemayel: Lebanese army is the only resistance 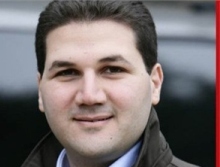 “There is only the resistance of the Lebanese army on Lebanese territories,” Gemayel said. “Hezbollah proved it is a militia on May 7 and not a resistance .”

Gemayel was referring to May 7, 2008 when Hezbollah gunmen swept through Sunni neighborhoods of Beirut and tried but failed to occupy the Druze stronghold of Mt Lebanon after a government crack down on the group’s telecommunications network.

Hezbollah’s arms are aimed at forcing the Lebanese government to reject the indictment of STL, he said.

“A strong state cannot be established unless there is a strong army and legitimate security forces”, Gemayel stressed.

Gemayel’s remarks come after the clashes in the Beirut neighborhood of Borj Abi Haidar on August 24 between supporters of the the pro-Syrian Association of Islamic Charitable Projects—also known as Al-Ahbash—and the Iranian backed Hezbollah militants , leading to the death of three people, including Hezbollah official Mohammad Fawwaz.

The clash prompted several Lebanese leaders to call for arms free and militia free Beirut , but this was rejected by Hezbollah and its ally MP Michel Aoun who insisted that the resistance should be throughout Lebanon.

“As far as we know the resistance should be in occupied territories. Is Beirut occupied?” Geagea asked.