Will Hezbollah repeat the May 2008 events?

by yalibnan
1418
Hezbollah chief sounded yesterday during his speech ,just like he sounded 2 years ago during the May 2008 events.
Share:

Hezbollah chief sounded yesterday during his speech ,just like he sounded 2 years ago during the May 2008 events.

According to observers Hezbollah leader Sayyed Hassan Nasrallah’s attack against the Special Tribunal for Lebanon, calling it an “Israeli project “, reminded the Lebanese of Nasrallah’s attack against the cabinet following its call May 5, 2008 for the dismantlement of Hezbollah’s private telephone network and the resignation of the head of airport security, who was perceived as too close to Hezbollah.

Shoucair resigned last week following a security scandal over the remains of a Lebanese that were found in a Saudi jet in Riyadh.

According to observers Nasrallah reminded the Lebanese again yesterday of May 5 and May 7 events as if he was trying to warn the country that the STL indictments could lead to a similar coup.

The observers are referring to the May 7, 2008 occupation by Hezbollah of west Beirut and its failed attempt to occupy the Druze stronghold of Mt Lebanon.

Nasrallah said yesterday “The May 5 decision by the cabinet against Hezbollah’s telecommunications network was not innocent and I demand the government to launch an investigation over what happened and to find out the mastermind behind this action in Israel.”

Nasrallah also said the state should uncover the big spies since it has already uncovered the small ones and” I demand that the political leaders discover who fooled them into taking their May 5 decision.”

Nasrallah added : “We fear that those who led Lebanon to the brink of civil war on May 5 may be safe and that they may once again lead Lebanon to new dangers.”

Hezbollah party and its allies have all been recently attacking the STL :

Hezbollah MP Walid Succariyeh threatened STL . He told Al-Manar television last week that the Special Tribunal for Lebanon (STL) will not dare to name any of Hezbollah’s members in its upcoming indictments related to the 2005 assassination of Lebanon’s former Prime Minister Rafik Hariri.

Succariyeh said The STL is politicized and aims to create divisions between the Lebanese.

Succariyeh was not the first to threaten and attack STL. 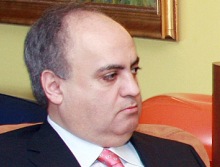 “From the beginning, I said that the project of the STL is intended to harm Lebanon,” Wahab said, adding that the tribunal was politicized.

Wahab also told New TV on July 5 that based on the discussions the STL officials had with the Lebanese leaders the Tribunal is headed to indict Hezbollah in the murder of Hariri.

During another interview with New TV earlier this month , Wahab launched another attack against the STL calling it an “Israeli court” and urged his allies and the Lebanese to deal with it ( STL) on this basis ( as an Israeli court).

A Der Spiegel report dated May 2009 revealed a link between Hezbollah and the assassination of Hariri.

Initially Syria was accused of being behind Hariri’s murder , but ever since the Der Spiegel report surfaced, all fingers have been pointing at Hezbollah. Many analysts however believe that Hezbollah could not have done it without Syria’s help.

MP Gemayel is concerned about a repeat of the May 7 events. 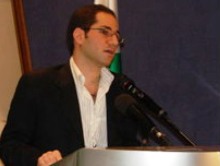 In an interview with the Free Lebanon radio station on Saturday, Phalange MP Sami Gemayel told Free Lebanon radio that “Hezbollah Secretary General Sayyed Hassan Nasrallah’s speech on Friday raised fears of witnessing a repeat of the May 7 events. ”

Gemayel added: “ if you ask me if it will happen again, I say a new May 7 could happen as long as Sayyed Hassan Nasrallah makes such speeches.”

In an interview with OTV on Saturday, March 14 MP Okab Sakr wondered how Nasrallah knew the content of the indictments that will be issued later this year by STL.

“No one knows what the STL’s indictment will be,” Sakr said, adding that most media reports about the STL have been strictly speculation.

He also said that no one has an interest in Hezbollah being accused by the STL in Hariri’s assassination.

Despite the tension between Israel and Hezbollah , both parties are claiming that there will be no war.

Following  Israeli  withdrawal from Lebanon in 2000, Hezbollah was  very popular , but since its 2006 war with Israel and the subsequent events , Hezbollah ‘s popularity in Lebanon has suffered greatly. Other than the Shiites and Syria’s supporters in Lebanon few now  trust Hezbollah.

The questions on the minds of many Lebanese: Will there be a civil war if Hezbollah is indicted by STL. In other words will Hezbollah again point its guns against the Lebanese people ? Will it repeat the May 2008 events?