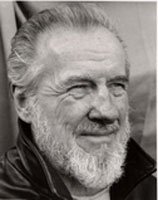 By: William A. Cook

Ten days ago I left California to join other U.S. citizens on the Lebanese Boat Brigade—the first such effort to penetrate Israel’s blockade of Gaza since the deadly attack on the Freedom Flotilla May 31. I joined other Americans—Jeff K and Noel I from Boston, Ron D from Maui, Bill S from South Carolina, and Sister Pat C from Wisconsin—enticed by an announcement from the Council for the National Interest and the Palestine Civil Rights Campaign to bring women, journalists and writers to this latest effort to break the siege of Gaza now in its 3rd year.

We congregated at the Royal Garden Hotel in Beirut while others gathered in other places, two large groups intentionally brought to weaken Israel’s resolve to assert force—the first a large contingent of women from many lands including nuns to board a ship renamed Mariam for the Mother of God, carrying as well medical supplies and toys, the second a group of journalists without borders to accompany a cargo ship, the Julia, loaded with construction materials. Each came determined to express solidarity with the people of Gaza who have suffered more than 62 years of occupation, oppression, siege and destruction by the Israeli state and the Congress of the U.S—a battalion of abuses fittingly described as “crimes against humanity.”

I will not speak for the others, American or foreign, but I will mark in passing the sense of futility they feel as Americans for their government’s complicity in Israel’s blatant and calculated destruction of the people of Palestine. For years, certainly since the Presidency of George W. Bush, these Americans have attempted to condemn and to distance themselves from the crimes committed by their representatives, including their belief that the election of Barak Obama would offer change—yet change does not happen. Consequently, varying organizations, agencies and individuals have joined forces to confront the illegality of these two nations by using international waters to break the blockade of Gaza.

Needless to say, Israel and its Congressional Knesset in Washington have determined to stop the freedom flotillas from reaching Gaza or impacting their illegal siege of this strip of land where they have imposed collective punishment against the people. The interception of Turkey’s boat, Mamara, and the killing of 9 citizens of that NATO nation by Israeli naval commandoes breaks the governing principles of NATO’s obligations to its members, a virtual act of war, even as it breaks international law governing attacks at sea.

But Israel and the U.S. act with impunity in our name. Hence the need to take active measures to stop such unilateral betrayal of the agreements we have formed as a people with member states of the United Nations. The disaster resulting from the attack on the Mamara follows six decades of Israeli atrocities against the indigenous people of Palestine including a terrorist war against the authorized British government during the Mandate Period, the massacre at Deir Yassin and 27 subsequent massacres that caused the obliteration of 418 towns and villages, the ethnic cleansing of more than 700,000 Palestinians from their homes to refugee camps where they continue to live in poverty without rights of citizenship abandoned by the governments of the world, the subsequent invasion of Lebanon by Israel in 1982 and the slaughter at the Sabra Chatila refugee camp, one of the most brutal and savage massacres orchestrated by Israel through its mercenaries, and more recently the 2006 invasion of Lebanon capped by a return to the massacre of the Qana orphanage, the Christmas destruction of Gaza in 2008/9 and now its wanton attacks against international citizens on international waters.

How can anyone with a conscience allow such behavior to continue? I began this series on the Boat Brigade referring to Wagner’s Das Rheingold and its major theme—acquisition of power and wealth by repudiation of human love, the denial of sympathy or compassion for one’s fellow man, the creation of a people willing to forego all morals and principles to achieve ultimate power, the soulless human without conscience or remorse, the walking dead. There is an unfortunate consequence to such acceptance of a life lived for self and the acquisition of gold—a life lived in isolation from all others because success necessitates lies, deceit and manipulation if one is to defeat all others, an alienation from warmth and true concern that gives substance to spirit as opposed to pocketbook. It is a life of self-imposed fear that another, especially fear of associates that are accomplices in this quest for the coins of greed and the trappings of power, will deceive and destroy their comrades to further their ends. It is a vicious cycle of psychotic siege mentality that grows as the coldness of the heart grows until every waking moment heightens the realization that all find repugnance in the acts that give purpose to those who repudiate natural love. Such is the present state of Israel.

Faced as they are with the world against them, Israel and the United States turn to devices of control to prevent the confrontations the freedom flotilla represent. Having lost once again acceptance of their brutal attack on the Mamara, they have found it necessary to link any who join such a flotilla to terrorist groups, enemies of the state of Israel and, therefore, enemy combatants which legitimizes in their distorted minds their right to engage and kill such people as if they were militarily threatening the state of Israel.

Since this Lebanon flotilla was announced shortly after the attack on the Marmara, with openness of intent and revelation of the groups, the women’s and the journalists’, Israel has alleged over and over that this flotilla is not manned by humanists but rather by terrorists, unsubstantiated charges of guilt by association, hearsay, omission of truth and outright lies, made in order to torpedo the boats even before they sail. The Jerusalem Post reports that the government of Israel has “linked the boat to Hizbullah,” that Yasser Kashlak, Director of the Free Palestine Movement, is “a fervent Hizbullah supporter,” that the true intentions of the organizers “remain dubious,” that the possibility exists that “terrorists or arms will be smuggled on board,” that Lebanon is an enemy country and must be treated “as if they were hostile,” that these boats “which are carrying representatives of Hizbullah and Iran” mean that Israel “reserves its rights under international law to use all necessary means to prevent these ships from violating the existing naval blockade” and that the presence of Samar Haji, the wife of a former Lebanese General “jailed for his part in the assassination of PM Rafiq Harari, “means a real connection with Hizbullah. None of the above is substantiated, none of it belies the true intention of the people who left their homes to participate in a direct act of civil disobedience against the state of Israel which is supported by their representatives in the Congress, and none of it provides either the U.S. or Israel with legal justification for preemptive strikes against a flotilla in international waters.

Yet as a result, the flotilla has not and cannot sail as planned, not on the 25th of June, not on the 39th, not on the 3rd or 4th of July, and perhaps never. The accusations have forced the government of Lebanon to confront Israel’s contention that it will hold Lebanon responsible for any attack Israel must take against the ships; the organizers have had to confront the allegations of complicity with terror groups even though only the U.S., Israel and Canada have alleged that Hizbullah is a terrorist organization and not a legitimate political and humanitarian organization in Lebanon or that Hamas is labeled a terrorist organization although it too is an elected party in Palestine and only prevented from acting as such by Israel and the U.S.. And, finally, the individuals who have come to Lebanon have to contend with the consequences of the delays that result from such allegations and the threats that their own representatives contend will be imposed on them if they confront Israel, the ally they have justified in its criminal behavior. That these people are professors, lawyers, doctors, journalists, students, and human rights activists who arrived with their own views regarding Israel’s illegitimate actions is irrelevant and unsought.

Clearly, the power and control that Israel imposes on Palestine, its calculated willingness to steal as much land as it can from the rightful owners, its conscienceless drive to eradicate the people, its willing use of American soldiers for its own purposes, its control of our representatives through fear and intimidation, demonstrates that it will not tolerate demonstrations against its tyranny. Yet should they succeed, they will have once again perverted the very ideals on which America was founded and the voice of the people will be buried beneath the overwhelming power that gold represents—and the human need for love and compassion for all will be made irrelevant to and subjected to those who live without human sympathy.

These are my thoughts as I leave Lebanon this Saturday, a victim of those who have no conscience, no remorse, and no soul.NWCNEWS

*Dr. William A. Cook is an activist and a writer for numerous Internet publications including Counterpunch, Pacific Free Press in British Columbia, Dissident Voice and Information Clearing House, serving as senior editor for MWC News out of Canada, and contributing editor at the Palestine Chronicle, the Atlantic Free Press in the Netherlands, and the World Prout Assembly. He also serves on the Board of the People’s Media Project, interviews on radio and TV in South Africa, Canada, Iran and the United States.