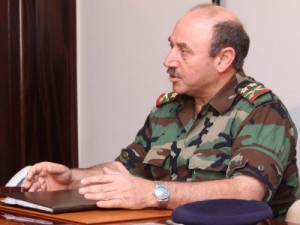 A Lebanese military delegation headed by the Director of Military Administration , Major General Abdul Rahman Chehaitely heads to New York on Monday to present a detailed report to the UN on Israeli attacks and violations of Security Council resolution 1701.

The report includes Lebanon’s position on the developments in the South, particularly the issue of the continued Israeli occupation of Shebaa Farms , Kfar Shuba Hills and the northern part of the town of Ghajar and will demand Israeli withdrawal from the occupied Lebanese territories, in addition the report will complain about the continued Israeli threats against Lebanon and its government.

The delegation did not reveal the details of the report , but according to as Safir newspaper the report will also call on demarcation the maritime borders to prevent Israeli aggression against the so called maritime economic zone specially because of the presence of oil and gas along the border.