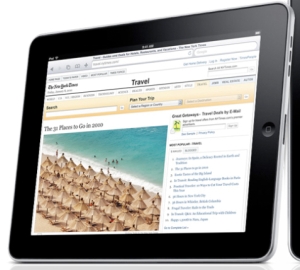 Israel lifted a ban on imports of Apple’s iPad on Sunday, saying the device conforms with local wireless standards, the government said.

Israel reportedly banned the iPad earlier this month because the device did not meet European Wi-Fi standards, although one Israeli legislator said the ban stemmed from concerns the device would interfere with wireless frequencies used by the military. While Israel blocked people from importing iPads, imports of the device were not banned by European countries.

On Sunday, Israel’s Ministry of Communications said “intensive technical scrutiny” showed the iPad conformed with wireless standards after all.

“The scrutiny conducted by the Ministry technical team vis-à-vis Apple’s team, international laboratory and European counterparts confirmed that the device which could be operated in various standards will be operated in Israel in accordance to the local standards,” Yechiel Shabi, a spokesman for Israel’s Ministry of Communications, said in an online statement.

Approval for iPad imports was given on Friday, with imports allowed starting Sunday, the statement said, noting one person was allowed to bring one device into the country. PC World