by yalibnan
4889
An estimated 122 trillion cubic feet of natural gas and 1.7 billion barrels of oil undiscovered and recoverable are in Israel, Lebanon, Syria basin
Share: 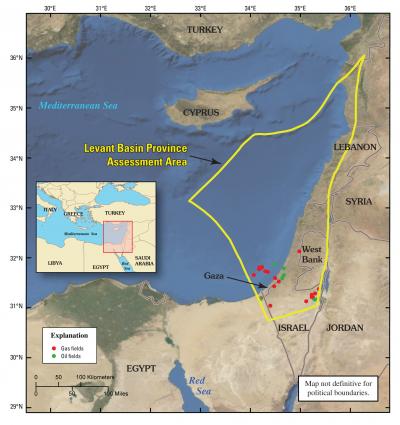 An estimated 122 trillion cubic feet of undiscovered, recoverable natural gas are in the Levant Basin Province in the eastern Mediterranean region, according to a new report.

It’s the first time the USGS has assessed the area for extractable resources.

Worldwide consumption and production of natural gas, which is used for electricity generation, was 110 trillion cubic feet in 2008, according to Energy Information Administration data.

The three largest consuming countries in 2008 were:

There are several areas in the U.S. that are estimated to contain extractable natural gas, but relatively less in volume:

“Estimated” means the USGS believes the areas contain natural gas that has not yet been discovered. smartplanet