Hope was expressed “that the country (Lebanon), through the exemplary coexistence of the various religious communities … may continue to be a ‘message’ for the region of the Middle East and for the whole world,” the Vatican said in a statement issued after the morning talks.

Benedict received Hariri at the Vatican Apostolic Palace where, “in an atmosphere of great cordiality,” their talks focused on Lebanon and the broader situation in the Middle East, the Vatican statement said. DPA 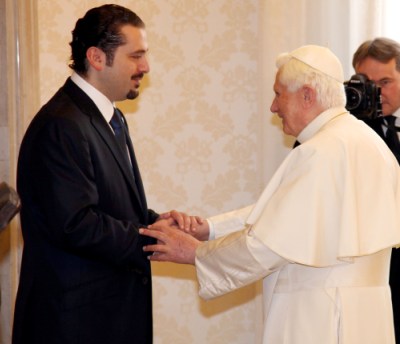