Hezbollah: Mitchell is wasting his time because Israel does not want peace 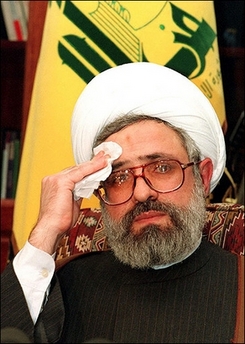 In an interview with Russia Today satellite TV network Sheikh Naim Qassem , Hezbollah Deputy Secretary-General said on Thursday that the current atmospheres does not point to an imminent Israeli attack on Lebanon:

“The resistance is preparing and working persistently in order to face such a possibility, whether it was delayed or sudden at any given moment,” added Qassem.

Qassem said that U.S. special envoy to the Middle East George Mitchell “is wasting his time because Israeli will not respond to any peace initiative because all it wants is to preserve all of its gains achieved through hostility”