Lebanese Prime Minister visited Saad Hariri said today the former French president Jacques Chirac at his office in Paris. He was accompanied by his adviser Basil Yared. During the meeting they exchanged views about the situation in Lebanon and the region.

Larcher told Hariri that the” French Senate is proud to welcome you”. He added: “Paris is very pleased to welcome the Prime Minister of Lebanon” 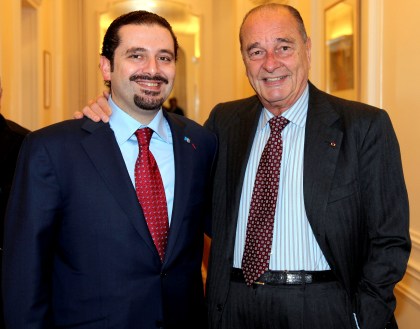