Lebanon’s Most Wanted Sunni Terrorist Blows Himself Up in Syria 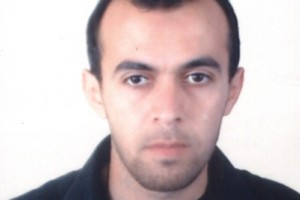 When one of Lebanon’s most wanted terrorists kills himself while planting a bomb it is cause for at least some sort of grim celebration. But when the chief bomb-maker of the country’s most notorious terror group self detonates while helping rebels fight in Syria, it is cause for concern.

TIME has learned that Abdel Ghani Jawhar, one of the leaders of the Sunni fundamentalist terror group Fatah al-Islam, died in the Syrian city of Qsair on Friday night. The founding cleric of Fatah al Islam, Sheikh Osama al Shihabi, confirmed Jawhar’s death to TIME with a quote from the Koran: “‘We are for God and to him we return.’ We as Mujahideen are used to being killed and if God wants to give those killed dignity he gives them martyrdom. This is the path of righteousness.”

This is not the first time that Jawhar is thought to have been killed; several previous death announcements have been retracted over the years. News of his death has been relayed by multiple—and unrelated—sources in both Syria and Lebanon. According to a fellow fighter, who goes by the nom de guerre Abu Ali, Jawhar had been preparing an explosive device to be used against the Syrian army, which had been attempting to enter the rebel-dominated town not far from Homs. As Abu Ali narrated the tale over Skype, the sound of bombs and explosions could be heard in the background. Jawhar’s bomb went off prematurely, says Abu Ali. “He was killed directly. We wanted to send his body back to Lebanon but we couldn’t because it was torn into pieces.” Instead Jawhar’s fellow fighters were forced to bury what was left of him in a neighboring garden because it was impossible to reach the graveyard during heavy fighting.

According to Abu Ali and another fellow fighter, Jawhar arrived in Qsair two weeks ago with a group of 30 Lebanese fighters. While many were members of Fatah al-Islam, they were not traveling under the terror group’s banner. Instead they called themselves mujahideen, holy warriors seeking to help fellow Muslims under attack by the Syrian regime. Jawhar, an explosives expert and a charismatic commander, sought to train fellow fighters how make bombs. In the short time he had been in Qsair, says Abu Ali, he was able to set up dozens of improvised explosive devices destined for members of the Syrian security forces. “His aim was to make a tour in all the districts of Syria to teach the fighters on how to fight a guerrilla war.”

For his efforts, Abu Ali calls Jawhar a hero and a martyr. For Syrian rebels seeking international assistance in their battle to force Syrian President Bashar Assad out of office, it’s a public relations headache. The Free Syrian Army, as well as other Syrian resistance groups, has long sought to downplay regime accusations that the rebels are aligned with Islamic fundamentalists and pro-al-Qaeda groups. While Fatah al-Islam has denied any association with al-Qaeda, there are links between the group and individual members. The implication that an al-Qaeda affiliated group is helping Syrian rebels build bombs and foment a guerrilla war could radically alter perceptions in the West, bringing to a halt discussions of arming the rebels and establishing a no-fly zone. “The death of Jawhar on Syrian soil emphasizes the fears of the international community that if they gave weapons to the Syrian rebels they will end up in the hands of radical groups,” says Lebanese University professor and Fatah al-Islam expert Talal Atrissi. “The Syrian opposition will be embarrassed from the fact that such a man is fighting alongside the rebels.”

The account of Jawhar’s border crossing has been confirmed by Lebanese intelligence authorities who say that they had been alerted to his movements but were unable to stop him. “He escaped as always,” sighs a senior intelligence official who says that Jawhar had been nicknamed “mercury” for his uncanny ability to evade arrest—at least 34 times, by the official’s estimate. Lebanese security sources say they too have received information about Jawhar’s death, though they were unable to establish any details. “If his death is confirmed then we lost a big catch, he was a real treasure trove of information,” says the official.

Jawhar is accused of masterminding multiple bomb attacks against U.N. security forces in Lebanon as well as Lebanese security installations that have killed scores and injured hundreds. According to the official, he is a person of interest in some 200 unsolved cases of murder, assassinations, attempted assassinations and explosive attacks. He is also thought to have killed a Christian shopkeeper in the northern city of Tripoli because he sold alcohol. “This is a major loss for Lebanese security, for the information he is believed to have about the terror groups operating in the region,” says Atrissi. And while Jawhar’s death would be a major blow for the group, which had already been decimated by a slew of high profile arrests and the deaths of several leaders in succession, “it doesn’t mean that the region will become a safer place,” says Atrissi. “Each member of such groups is a potential Abdel Ghani Jawhar.”

A 30-year-old biochemist from northern Lebanon, Jawhar came of age during the country’s brutal civil war. First he joined the Muslim Brotherhood, but left over doctrinal disputes—he felt that the group was not strict enough in its interpretation of Sharia, or Islamic law. He then joined, and left, the extremely conservative Salafis for the same reasons, and finally became a member of Fatah al-Islam in 2008. He was promoted to leader after his predecessor was killed in a 2010 shootout with Lebanese security forces. According to the Lebanese intelligence official, he was a master recruiter, and even managed to induct Lebanese soldiers to his cause. His terror efforts spanned Lebanon, Syria and Iraq, where he is thought to be responsible for several of the devastating explosions that killed international troops. “He was a network by himself,” says the official. “He had relations all over the region; he was a ruthless killer.”

Jawhar is also implicated in the murders of a Lebanese general, a major in Intelligence and a Member of Parliament. He nearly succeeded in killing the head of the Lebanese army as well as the head of Internal Security. His death in Syria, says the official, may be seen as a welcome comeuppance in some quarters, “but for us, it’s devastating. It’s an issue of personal revenge between Jawhar and the Intelligence service.” It also raises concerns over the insurgency struggling across the border in Syria.

By Aryn Baker and Rami Aysha/Beirut