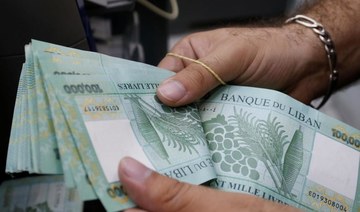 Lebanon’s currency crashed again on Sunday to its Lowe st exchange rate against the US dollar trading at over 40,000 to the US dollar losing over 95 percent of what it was worth in late 2019, when Lebanon’s economic and financial crisis erupted.
Share:

The Lebanese pound has plunged by more than 95% from the official rate since Lebanon fell into financial crisis three years ago, with dollars currently changing hands at around 40,100 in parallel market.

This represents the worst exchange rate ever against the US dollar.

The official exchange rate in Lebanon remains about 1500

Ruling politicians have so far taken scarcely any action towards tackling the crisis.

Unifying the numerous exchange rates operating in the country is one of several conditions set by the IMF for Lebanon to secure a badly needed aid package. The Fund has said this is crucial to boosting economic activity.

The IMF said last month that progress in implementing reforms remained very slow, with the bulk yet to be carried out.

In addition to official and parallel market exchange rates, authorities have created several others during the crisis, including unfavourable rates applied to withdrawals of Lebanese pounds from hard currency deposits in the frozen banking system

Lebanon’s crisis was caused by decades of profligate spending by a state riddled with corruption and waste, together with unsustainable financial policies.

Depositors have paid a big price, mostly unable to access dollar savings or forced to make withdrawals in pounds at unfavourable rates.