Biden cedes control of Tiran, Sanafir islands, to Saudi Arabia, plans to withdraw all US forces 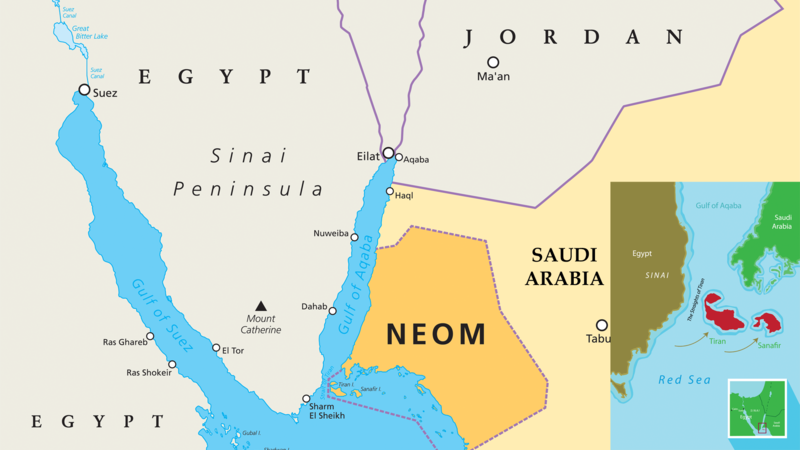 The possible transfer of Tiran and Sanafir has been linked to the NEOM project in Saudi Arabia. (Albawaba – Shutterstock)
Share:

JEDDAH, Saudi Arabia — President Joe Biden is announcing that peacekeepers will depart the Red Sea islands of Tiran and Sanafir by the end of the year, in the latest sign that Saudi Arabia and Israel are inching toward normalization.

The islands, controlled by Egypt before being ceded to Saudi Arabia in 2017, have hosted American troops as part of the Multinational Force and Observers since 1981 after Israel and Egypt reached a peace accord.

The decision to withdraw the peacekeeping force and allow the redevelopment for tourism required approval from Israel, which has grown closer with erstwhile enemy Saudi Arabia in recent years over shared concerns over Iran’s nuclear program and malign regional activities.

The announcement comes as Biden makes his first visit to the Middle East as president and hours after Saudi Arabia lifted its overflight restrictions on flights to or from Israel using its airspace.

Biden says Saudi Arabia is also pledging to work to “extend and strengthen” the U.N.-mediated truce in Yemen, which has put a years-long civil war that caused one of the globe’s worst humanitarian crises on pause. The kingdom will also provide over $1 billion in new development assistance to Yemen.

Other developments from Biden’s trip to Saudi Arabia include commitments to cooperate on cybersecurity, clean energy, space exploration and public health.

The U.S leader is not securing any new oil production commitments from Saudi Arabia during his trip — a key priority with the prices high over Russia’s invasion of Ukraine — but the White House says it anticipates “further steps” from the kingdom over the coming weeks that “will help stabilize markets considerably.”