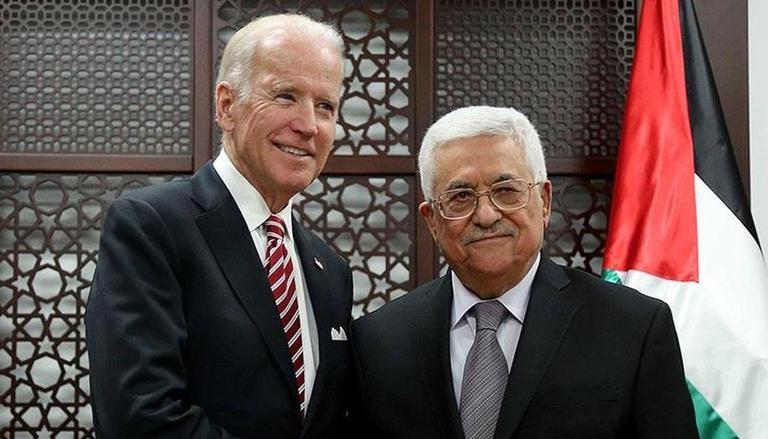 US President Joe Biden said that US commitment to a two-state solution “has not changed”, but that the “ground is not ripe” to restart talks between Israel and Palestine. The American president was speaking during a joint press conference with Palestinian President Mahmoud Abbas in the West Bank on Friday.

US President Joe Biden pledged on Friday to keep up efforts to support a just solution to the Israeli-Palestinian conflict even though the goal of a two-state solution appeared far off.

Speaking alongside Palestinian President Mahmoud Abbas in Bethlehem, Biden said the United States would not give up on the goal of a just settlement to the decades-long conflict between Israel and the Palestinians.

“Even if the ground is not right at this moment to restart negotiations, the United States and my administration will not give up on trying to bring the Palestinians, Israelis and both sides closer together.”

“There must be a political horizon that the Palestinian people can actually see or at least feel. We cannot allow the hopelessness to steal away the future,” Biden said

The comments were likely to disappoint the Palestinians, who are looking to the U.S. to press Israel into restarting peace talks. The last substantive talks collapsed over a decade ago.

The key to peace

Meanwhile, Abbas said “the key to peace” in the region “begins with ending the Israeli occupation of our land.”

He added: “I am willing to extend an open hand to Israeli leaders so that we can bring peace to the region.”

But as Biden said US commitment to a two-state solution “has not changed”, Abbas said there was a narrowing window for a resolution of this nature.

“The opportunity for a two-state solution on the 1967 borders may be available today, and it may not remain for a long time,” Abbas said after meeting with US President.

The Palestinian President also asked for US support to holding accountable the killers of Palestinian-American journalist Shireen Abu Akleh, who was killed during an Israeli raid in the West Bank city of Jenin on May 11.

Biden said the US would insist on “full” accountability over the killing of the Palestinian-American Al Jazeera reporter.

Reactions to Biden’s visit to the Palestinian territories

As he entered Bethlehem, Biden was met with large signs saying, “Mr. President, this is apartheid,” which had been erected by an Israeli human rights group. Portraits of slain Palestinian American journalist Shireen abu Akleh also appeared on the walls of some buildings along the roads into Bethlehem.

“I think we’re expecting too much from [Biden] regarding Palestine,” Palestinian writer Mariam Barghouti said Friday on Twitter. “Older than the State of Israel, his ideology is from the era of colonial conquest. I don’t think that’s something that will change at this point.”

(FRANCE24 with REUTERS and AFP)