U.S. envoy lands in Lebanon for talks on maritime gas dispute with Israel 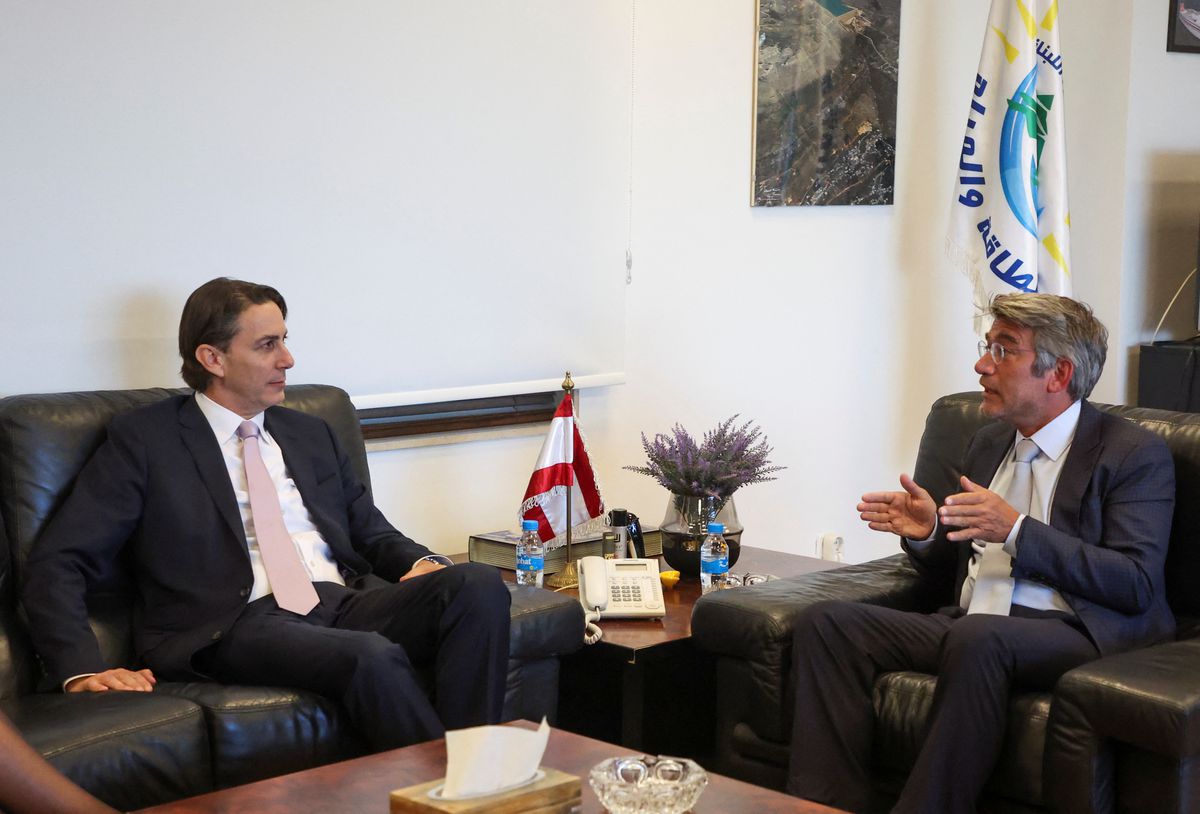 BEIRUT, June 13 (Reuters) – U.S. energy envoy Amos Hochstein arrived in Beirut on Monday for talks with Lebanese officials on a maritime border dispute with Israel over the development of a gas field.

Lebanon invited Hochstein to Beirut after objecting to the arrival of a vessel operated by London-based Energean (ENOG.L) off the coast on June 5 to develop a gas field known as Karish.

Israel says Karish is part of its exclusive economic zone, but Lebanon says the field is in contested waters and should not be developed until the two countries conclude their indirect talks to delineate their maritime borders.

Those talks fizzled out last year after Lebanon pushed its claim in the disputed zone from a boundary known as “Line 23” further south to “Line 29,” adding around 1,400 square km (540 square miles) to its claim, including part of Karish.

To overcome the impasse, Hochstein proposed a field-swap that would create an S-shaped boundary instead of a straight line, but Lebanon did not officially agree to the proposal, official sources said.

In his first trip to Lebanon since the suspended talks, Hochstein will meet with caretaker energy minister Walid Fayyad and deputy speaker of parliament Elias Bou Saab on Monday, officials told Reuters.

He will meet with President Michel Aoun on Tuesday morning, the presidency said.

Hours before Hochstein’s arrival on Monday, Aoun hosted a group of independent parliamentarians who have insisted that Lebanon maintain Line 29 as its negotiating position.

But MP Mark Daou, who attended the meeting, said Aoun told the lawmakers he “cannot insist on Line 29” as a starting point.

“President Aoun told us that Lebanon does not have the technical foundations on which to construct a case for Line 29 because previous governments had failed to produce formal documentation to maintain this position,” Daou told Reuters.

Alain Aoun, a lawmaker from the Free Patriotic Movement which was founded by the president, said Lebanon would be making a counter-offer to Hochstein’s proposal but did not give details.