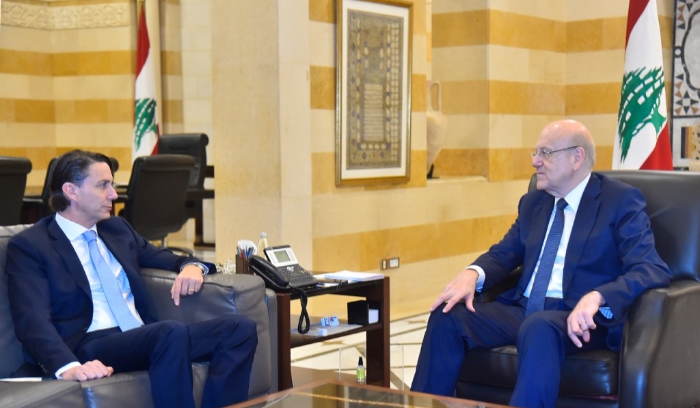 Caretaker Prime Minister Najib Mikati is shown during his meeting at the Grand Serail. with the US mediator Amos Hochstein
Share:

Caretaker Prime Minister Najib Mikati met at the Grand Serail. with the American mediator Amos Hochstein over the indirect negotiations to demarcate the southern maritime border with Israel

During the meeting, the US envoy was informed of the unified Lebanese position on the issue of border demarcation and the desire for the continuation of US mediation.

Mikati also emphasized that Lebanon’s supreme interest requires starting the process of drilling for oil without giving up Lebanon’s right to all its wealth.

“The response did not include any demand for Line 29, which includes the Karish field,” Al-Jazeera added .

Instead, Lebanon demanded getting “Line 23 and the Qana field in the disputed area,” the TV network added.

“The Lebanese response demanded the resumption of indirect technical negotiations with Israel . In addition Lebanon asked that gas and oil extraction from the Karish field stop until the end of the negotiations,” Al-Jazeera added.