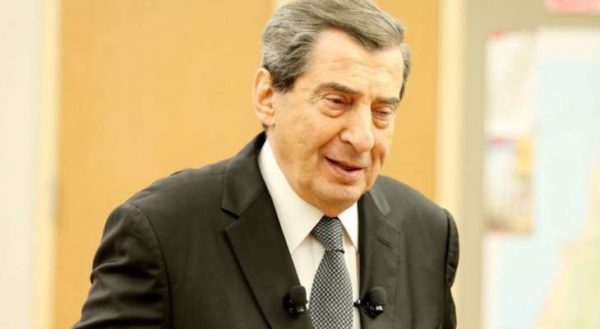 Elie Ferzli told “Spot Shot”: “Gibran Bassil had previously entered into negotiations and expressed his willingness to give up on Line 29 in exchange for the lifting of US sanctions on him and in exchange for certain gains from the American authorities, but it seems he did not achieve the desired results.

He told “Spot Shot”: President Michel Aoun is responsible for negotiating the maritime border demarcation file, and therefore bears a large part of the responsibility.

He added it is difficult to differentiate between Aoun and Bassil , 2 faces of the same coin .

He accused Bassil of destroying the Christian role in Lebanon.

His accusations come after Israel moved a production vessel to a natural gas field that’s partly claimed by Lebanon ( within. line 29 ), as the Israeli government looks to boost supplies of the fuel to Europe.

The ship — known as a floating production, storage and offloading vessel — arrived at the Karish offshore field on Sunday and should start operating by September, the Israeli energy ministry said in a statement.

Lebanon’s recently elected October 17 parliament members adopted line 29 of the border demarkation and called for amending decree No. 6433 which adopts Line 23 for the border demarcation with Israel.

The October 17 parliament members tried to raise the issue of decree No. 6433 abolition , Speaker Nabih Berri, rejected their demand and said the U.S. energy mediator Amos Hochstein will visit Lebanon on “Sunday or Monday” to discuss the offshore gas dispute between Lebanon and Israel.

MP Melhem Khalaf , one of the leaders of the October 17 uprising called for a solidarity stand in Naqoura on Saturday, June 11, to demand an immediate amendment of Decree No. 6433.  Khalaf who is also the head of the Lebanese Syndicate of lawyers said he has sufficient evidence to prove that line 29 should be the maritime border line.