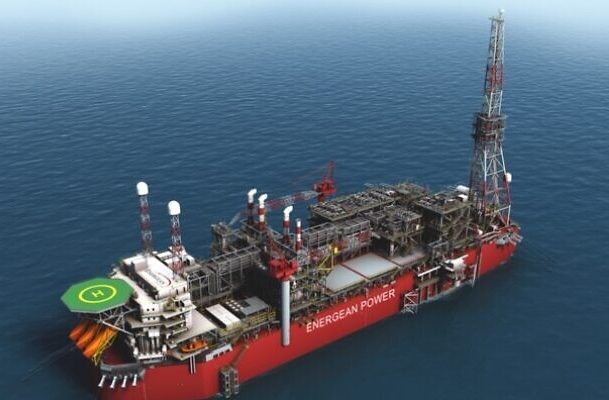 An illustration of a floating production and storage and offloading vessel of Energean that arrived at the disputed Karish offshore field early June 2022
Share:

By Daniel Avis and Omar Tamo

Israel has moved a production vessel to a natural gas field that’s partly claimed by Lebanon, as the Israeli government looks to boost supplies of the fuel to Europe

The ship — known as a floating production, storage and offloading vessel — arrived at the Karish offshore field on Sunday and should start operating by September, the Israeli energy ministry said in a statement.

The gas flows will “significantly strengthen Israel’s supply surplus and energy security,” said Energy Minister Karine Elharrar. The field “positions Israel as a natural gas power, and will make it possible to increase natural gas exports” to Egypt and other countries in the region.

Lebanon criticized the move, though Israel says the FPSO is outside of a disputed border area.

Lebanese President Michel Aoun said in a tweet on Sunday that negotiations to demarcate the maritime boundary are ongoing and that “any activity in the disputed area” would be a “hostile act.”

Israel’s navy is preparing for possible attacks on the vessel from Hezbollah, Israeli public broadcaster Kan News reported. Hezbollah, a Lebanese political party and militant group, is classified as a terrorist organization by the US. The area will be secured by missile-defense systems, ships and submarines, according to Kan News.

Israel and Lebanon have held a series of US-brokered talks in recent years to try and resolve the dispute. The negotiations are complicated by the fact Lebanon doesn’t officially recognize Israel.

London-listed Energean Plc, set to operate Karish, has said gas should start flowing by the third quarter. The field will complement Israeli production from the nearby deposits of Leviathan and Tamar.

Israel is negotiating a three-way agreement with the European Union and Egypt to boost gas exports to Europe in the wake of Russia’s invasion of Ukraine. The plan is for Israel to increase supplies to Egypt through existing pipelines, and for the gas to then be shipped in liquefied form to Europe.