Scope of Russian barbarity is coming into focus in Bucha 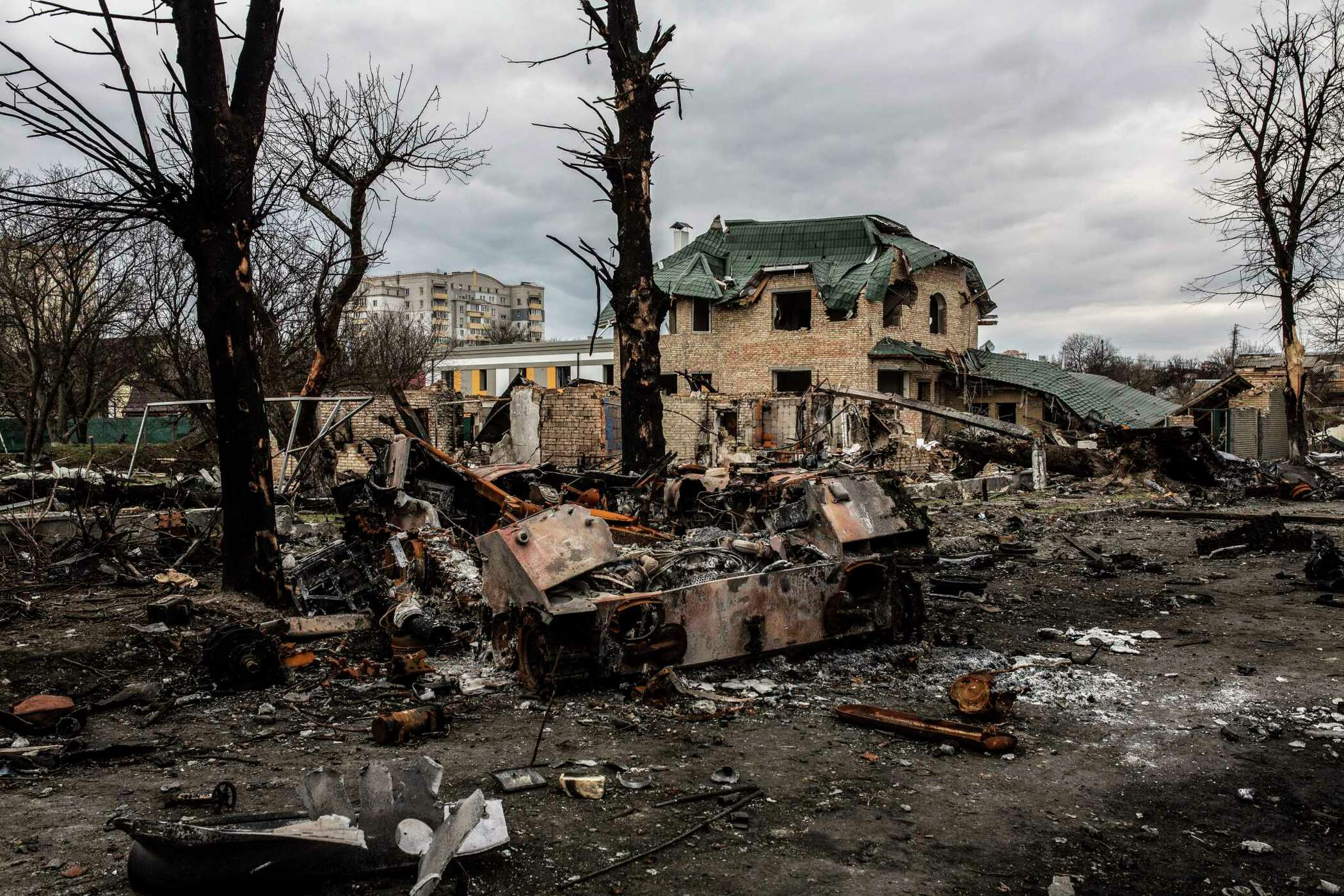 Investigators uncovered evidence of torture before death, beheading and dismemberment, and the intentional burning of corpses in Bucha near Ukraine’s Capital Kyiv.

BUCHA — The name of this city is already synonymous with the month-long carnage that Russian soldiers perpetrated here.

But the scale of the killings and the depravity with which they were committed is only just becoming apparent as police, local officials and regular citizens start the grim task of clearing Bucha of the hundreds of corpses decomposing on streets and in parks, apartment buildings and other locations.

As a team from the district prosecutor’s office moved slowly through Bucha on Wednesday, investigators uncovered evidence of torture before death, beheading and dismemberment, and the intentional burning of corpses.

Some of the cruelest violence took place at a glass factory on the edge of town.

On the gravel near a loading dock lay the body of Dmytro Chaplyhin, 21, whose abdomen was bruised black and blue, his hands marked with what looked like cigarette burns. He ultimately was killed by a gunshot to the chest, concluded team leader Ruslan Kravchenko. His body then was turned into a weapon, tied to a tripwire connected to a mine.

“Every day we get about 10 to 20 calls for bodies like this,” Kravchenko said.

The group worked quickly but gently, crouching over Chaplyhin’s body and noting minute details on clipboards. Some team members sifted through surveillance footage from the factory, as well as gathered testimony from eyewitnesses and local residents, to best understand what went on inside the complex.

On a dirt path behind it was an even more grotesque scene: two victims, their bodies bloating. One man’s head had been cleanly sliced off, burned and left by his splayed feet.

coat pockets despite the frigid cold.

The team called several men from the surrounding area to help with identification. A man who gave his name as Alexei said both were security guards at the factory. He recounted how Russians had come to his house three times while drunk and spoke about committing sadistic acts against Ukrainians.

A Ukranian who described the Russian behavior said

Further down the path, another corpse. Empty bottles of vodka lay in the grass beside it. It appeared that someone had tried but failed to behead this man, too.

The factory is just one fragment of the bloodied city. In Bucha’s cemetery, 58 body bags were lined up on Wednesday. All but one contained bodies of people who had been executed or tortured to death, according to Vitaly Chayka, an employee who has been processing the dead. Because the cemetery can’t handle the number of burials needed, a large refrigerator truck is on call to transport bodies to morgues in Kyiv.

“There are 58 here and two more in that van,” he said. “They’re all men — the women and children mostly fled — but they are all civilians, too. None were wearing uniforms.”

Chayka moved between the bags, unzipping them so he could categorize their contents based on the extent of decomposition. Only eight of the bodies had been identified so far. His cellphone rang and soon he was relaying directions to a new set of bodies someone had discovered.

“Sometimes people call us to say where the bodies are, or sometimes we drive around and ask,” he said. “But there are always more.”

Six weeks ago, this suburb outside of Kyiv featured tree-lined streets, modest homes, a few high-rises and a half-hour commute to the capital.

The war made Bucha a front line, with most structures being destroyed by artillery. When Russian soldiers were in control for a time, they made the city an arena for blood sport — though many of them died here.

On Vokzalna Street near the train station, the burned shells of dozens of Russian tanks remain as a kind of testament to the horror.

“It was hell on earth,” said Oleg Yevtushenko, 55, a resident of an apartment block that the soldiers took over as a base.

He and hundreds of others moved into the basement of a kindergarten, seeking safety in numbers. Russian soldiers had been singling out men whom they found outside, often detaining them, beating them and sometimes killing them, Yevtushenko said.

But over the course of a month, there are things one must do outside: find water, walk the dog.

That’s how 47-year-old Vasil Nedashkivskiy died — walking his black Labrador in late March, just three days before the Russians withdrew. Anything could provoke the soldiers who occupied the neighborhood, Yevtushenko said. They had detained him, too, making him kneel in front of them for 40 minutes with a gun to his head while they accused him of being a Nazi.

On Tuesday, locals laid Nedashkivskiy to rest in one of many sidewalk funerals that day. Yevtushenko has counted 20 neighbors who were killed, and he and others have been burying them in the gardens of their apartment blocks or in any open space they can find.

Next to a makeshift grave of three people — a woman in her 20s and two men in their 30s — the detritus of Russian ration packs still littered the ground. Chewing gum, pickles, cigarettes and vodka.