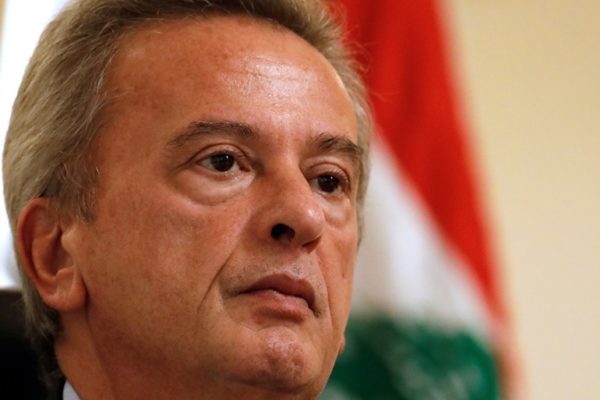 Salameh is facing investigations in Lebanon and five European countries into the alleged embezzlement of some $330 million in public funds with the help of his brother, Raja, charges they have both denied.

Europe’s criminal justice coordination body on Monday said 120 million euros of Lebanese assets had been frozen in France, Germany, Luxembourg, Monaco and Belgium linked to an embezzlement investigation. German prosecutors said the move was tied to probes into Salameh.

The senior judicial source confirmed to Reuters that Public Prosecutor Ghassan Oueidat on Wednesday sent a letter to Lebanon’s Justice Ministry informing it that he had requested the freezing of assets belonging to Salameh and his associates in Swiss, French, Belgian, German and Luxembourg banks.

The source said the letter came as part of Salameh’s prosecution for embezzlement, tax evasion and money laundering.

Since Lebanon’s financial collapse began in 2019, Riad Salameh has faced growing scrutiny of his nearly three decades as head of the Banque du Liban (BDL). He says his wealth was acquired in his time as a banker before he became governor and the probes against him are politically motivated.

He was charged last week with illicit enrichment days after his brother was arrested and charged with helping the governor launder the proceeds of ill-gotten gains in a case relating to the purchase and rental of Paris apartments, including to BDL.

Both deny the charges.

Helena Iskandar, head of the Justice Ministry Cases Authority to which Oueidat’s letter was sent, said she had twice since Jan. 17 asked the finance minister to help her appoint lawyers abroad to freeze funds of the governor and his associates but had no response.

“If we don’t do this, then the states prosecuting the governor could potentially appropriate these funds. We see that, should the allegations against him be proven correct, these funds are the right of the Lebanese state and should be repatriated,” Iskandar told Reuters.

Oueidat did not respond to a request for comment on whether his move to freeze the assets was based on Lebanese evidence in the probe into Salameh, or an attempt to pre-empt seizure of the the assets by European authorities.