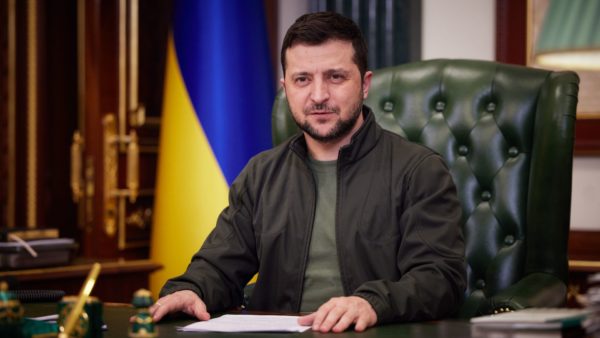 Ukraine’s President Volodymyr Zelensky warned on Saturday that continuing its invasion would cost Russia for “generations,” as he called for talks to end the war . Russia’s mili
Share:

“Russia’s costs will be so high that you will not be able to rise again for several generations,” Zelenskyy said.

Russia’s military said Saturday it had used a hypersonic missiles in combat for the first time to destroy an ammunition depot in Ukraine’s west.

NBC News was not able to verify his claims, which came after Ukraine’s President Volodymyr Zelenskyy called for talks with Moscow to stop its invasion and “restore territorial integrity and justice to Ukraine,” in a video message released late Friday.

Zelenskyy made his plea as fighting continued to rage around Kyiv and Ukrainian officials said that the port city of Mariupol had lost its access to the Azov Sea while Russian forces continued to bombard the besieged southern city.

Since Russia invaded Ukraine 24 days ago, nearly 900 civilians have been killed and close to 1,400 have been injured, according to the United Nations, which has noted the actual toll is much higher. Russia has denied targeting civilians. The conflict has also forced more than 3.1 million people, including 1.5 million children, from the country, the U.N. has said.

Elsewhere, President Joe Biden spoke with Chinese President Xi Jinping on Friday amid ongoing efforts to distance China from Russia. U.S. officials have repeatedly expressed concern that China could come to the aid of Russia, which is increasingly isolated from global markets amid harsh sanctions from the West.

Zelensky said Russian President Vladimir Putin is deliberately creating “a humanitarian catastrophe,” and urged Putin once again to meet with him to prevent more deaths, per AP.

“Picture for yourself that in that stadium in Moscow there are 14,000 dead bodies and tens of thousands more injured and maimed,” Zelensky said in remarks after Moscow held a pro-war rally.

Zelensky on Saturday also urged Switzerland to crack down on Russian oligarchs who he said are assisting the war in Ukraine from the safety of “beautiful Swiss towns,” Reuters reports.“Your banks are where the money of the people who unleashed this war lies. That is painful,” Zelensky said via a translator to an anti-war protest in Bern.

“Ukrainians feel what it is when cities are destroyed. They are being destroyed on the orders of people who live in European beautiful Swiss towns, who enjoy property in your cities. It would really be good to strip them of this privilege.”

Neutral Switzerland has adopted sanctions against Russia in line with those imposed by the European Union, Reuters reports, including a freeze on Russian central bank assets.