Why Putin has already lost this war 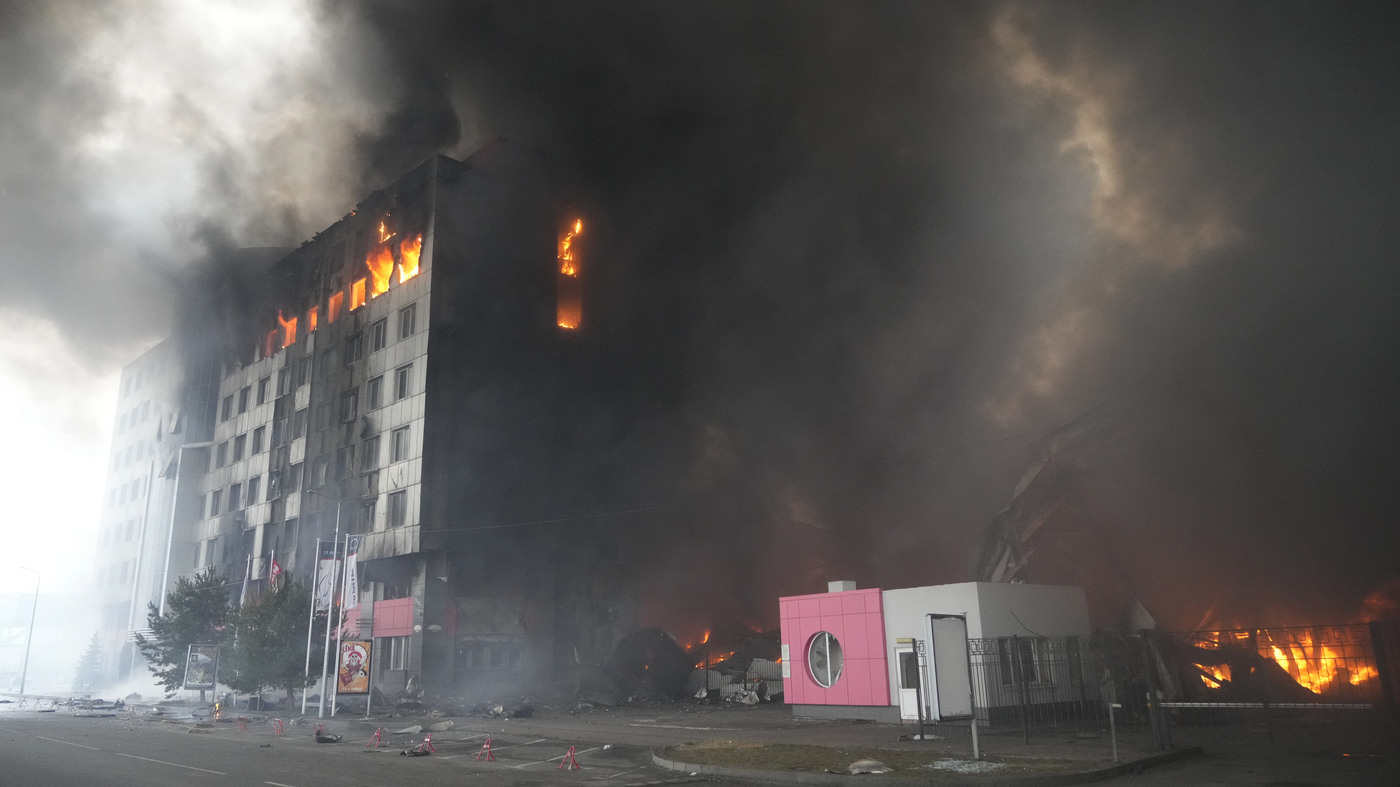 A building burns after shelling in Kyiv, Ukraine, Thursday, March 3, 2022. Russian forces have escalated their attacks on crowded cities in what Ukraine’s leader called a blatant campaign of terror. (AP Photo/Efrem Lukatsky)
Share:

Each Russian tank destroyed and each Russian soldier killed increases the Ukrainians’ courage to resist. And each Ukrainian killed deepens the Ukrainians’ hatred of the invaders. Hatred is the ugliest of emotions. But for oppressed nations, hatred is a hidden treasure. Buried deep in the heart, it can sustain resistance for generations.

With each passing day into the war It seems increasingly likely that Vladimir Putin is heading towards a historic defeat. He may win all the battles but still lose the war. Putin’s dream of rebuilding the Russian empire has always rested on the lie that Ukraine isn’t a real nation, that Ukrainians aren’t a real people, and that the inhabitants of Kyiv, Kharkiv and Lviv yearn for Moscow’s rule. That’s a complete lie – Ukraine is a nation with more than a thousand years of history, and Kyiv was already a major metropolis when Moscow was not even a village. But the Russian despot has told his lie so many times that he apparently believes it himself.

When planning his invasion of Ukraine, Putin could count on many known facts. He knew that militarily Russia dwarfs Ukraine. He knew that Nato would not send troops to help Ukraine. He knew that European dependence on Russian oil and gas would make countries like Germany hesitate about imposing stiff sanctions. Based on these known facts, his plan was to hit Ukraine hard and fast, decapitate its government, establish a puppet regime in Kyiv, and ride out the western sanctions.

But there was one big unknown about this plan. As the Americans learned in Iraq and the Soviets learned in Afghanistan, it is much easier to conquer a country than to hold it. Putin knew he had the power to conquer Ukraine. But would the Ukrainian people just accept Moscow’s puppet regime? Putin gambled that they would. After all, as he repeatedly explained to anyone willing to listen, Ukraine isn’t a real nation, and the Ukrainians aren’t a real people. In 2014, people in Crimea hardly resisted the Russian invaders. Why should 2022 be any different?

With each passing day, it is becoming clearer that Putin’s gamble is failing. The Ukrainian people are resisting with all their heart, winning the admiration of the entire world – and winning the war. Many dark days lie ahead. The Russians may still conquer the whole of Ukraine. But to win the war, the Russians would have to hold Ukraine, and they can do that only if the Ukrainian people let them. This seems increasingly unlikely to happen.

Each Russian tank destroyed and each Russian soldier killed increases the Ukrainians’ courage to resist. And each Ukrainian killed deepens the Ukrainians’ hatred of the invaders. Hatred is the ugliest of emotions. But for oppressed nations, hatred is a hidden treasure. Buried deep in the heart, it can sustain resistance for generations. To reestablish the Russian empire, Putin needs a relatively bloodless victory that will lead to a relatively hateless occupation. By spilling more and more Ukrainian blood, Putin is making sure his dream will never be realised. It won’t be Mikhail Gorbachev’s name written on the death certificate of the Russian empire: it will be Putin’s. Gorbachev left Russians and Ukrainians feeling like siblings; Putin has turned them into enemies, and has ensured that the Ukrainian nation will henceforth define itself in opposition to Russia.

Nations are ultimately built on stories. Each passing day adds more stories that Ukrainians will tell not only in the dark days ahead, but in the decades and generations to come. The president who refused to flee the capital, telling the US that he needs ammunition, not a ride; the soldiers from Snake Island who told a Russian warship to “go fuck yourself”; the civilians who tried to stop Russian tanks by sitting in their path. This is the stuff nations are built from. In the long run, these stories count for more than tanks.

The Russian despot should know this as well as anyone. As a child, he grew up on a diet of stories about German atrocities and Russian bravery in the siege of Leningrad. He is now producing similar stories, but casting himself in the role of Hitler.

The stories of Ukrainian bravery give resolve not only to the Ukrainians, but to the whole world. They give courage to the governments of European nations, to the US administration, and even to the oppressed citizens of Russia. If Ukrainians dare to stop a tank with their bare hands, the German government can dare to supply them with some anti-tank missiles, the US government can dare to cut Russia off Swift, and Russian citizens can dare to demonstrate their opposition to this senseless war.

We can all be inspired to dare to do something, whether it is make a donation, welcome refugees, or help with the struggle online. The war in Ukraine will shape the future of the entire world. If tyranny and aggression are allowed to win, we will all suffer the consequences. There is no point to remain just observers. It’s time to stand up and be counted.

Unfortunately, this war is likely to be long-lasting. Taking different forms, it may well continue for years. But the most important issue has already been decided. The last few days have proved to the entire world that Ukraine is a very real nation, that Ukrainians are a very real people, and that they definitely don’t want to live under a new Russian empire. The main question left open is how long it will take for this message to penetrate the Kremlin’s thick walls.