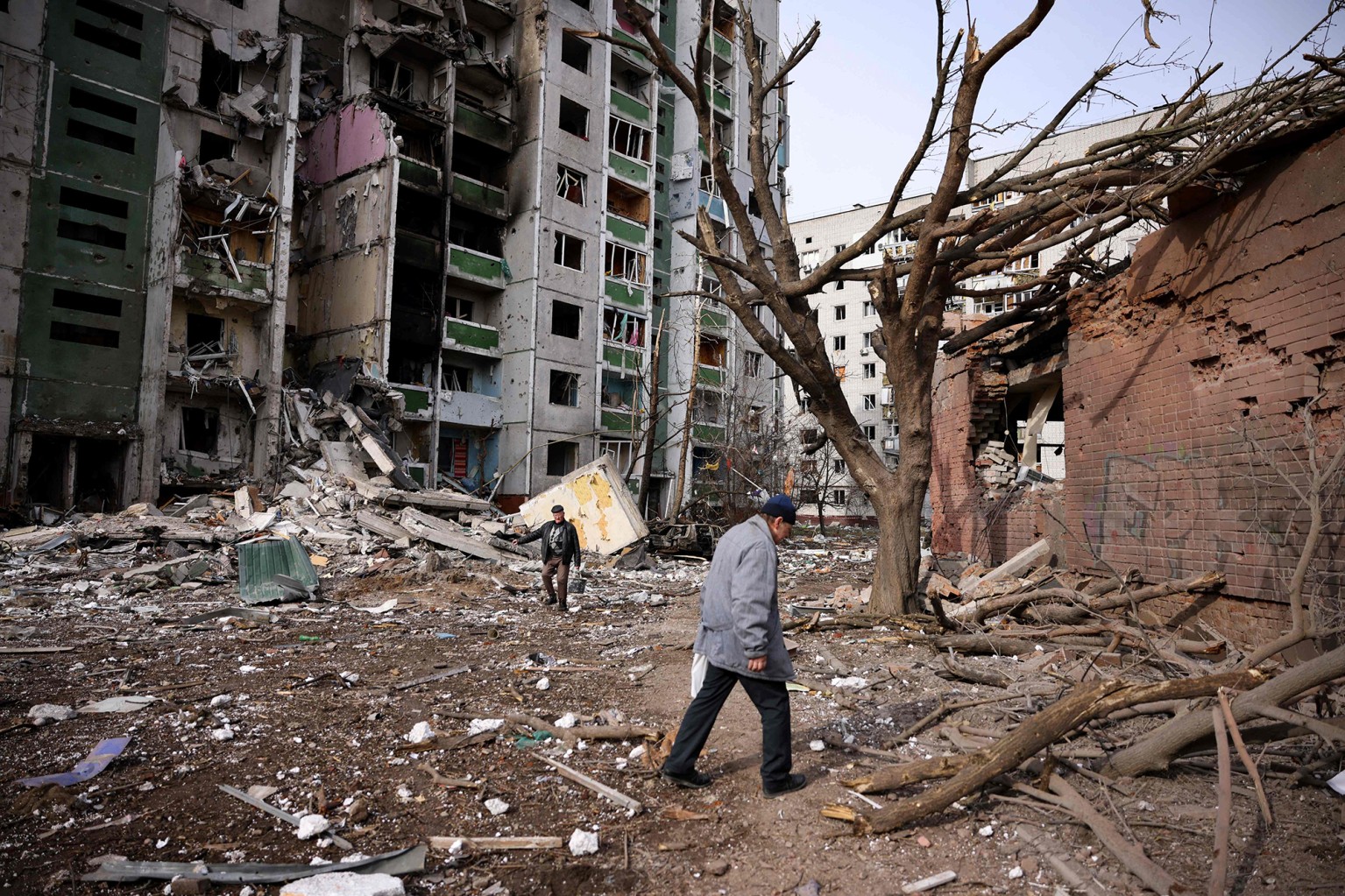 At least 33 civilians were killed after Russian forces bombed schools and apartments in Chernihiv, Ukraine on March 4, 2022.
Share:

Russia has been accused of launching so-called “cluster bombs” in its invasion of Ukraine, unleashing a brutal weapon known to kill and maim civilians when used.

Moscow has denied the use of the weapons, which detonate in mid-air and release smaller “bomblets” in order to hit multiple targets over a large area.

“We have seen the use of cluster bombs and we have seen reports of other types of weapons which would be in violation of international law,” NATO Secretary-General Jens Stoltenberg told reporters in Brussels on Friday. “This is brutality. This is inhumane.”

Moscow has claimed it is only attacking military targets, but there have been multiple reports of blasts in residential areas in Kyiv and elsewhere in the country. The northern city of Chernihiv was shelled Thursday, with at least 33 civilians killed and 18 more wounded in a residential area. Unconfirmed reports ndicate the carnage was caused by cluster munitions.

“We are seeing mounting evidence of indiscriminate attacks on Kharkiv and the price civilians are paying for these serious violations,” he added. “If these deadly acts were carried out either intentionally or recklessly, they would be war crimes.”

The projectiles emitted by cluster bombs often don’t explode right away, but can go off at any time after landing, according to the Associated Press.

Russia has also been accused of using “vacuum bombs,” oxygen-fueled weapons that generate a blast wave and create a partial vacuum in an enclosed space. The weapons may have been utilized by Russia in a “bunker buster” role to wreak havoc on underground Ukrainian infrastructure.

Although the Biden administration hasn’t confirmed the use of the weapons by Russia, White House press secretary Jen Psaki said international organizations would look into whether they were unleashed.

“If that were true, it would potentially be a war crime,” she told reporters Monday.