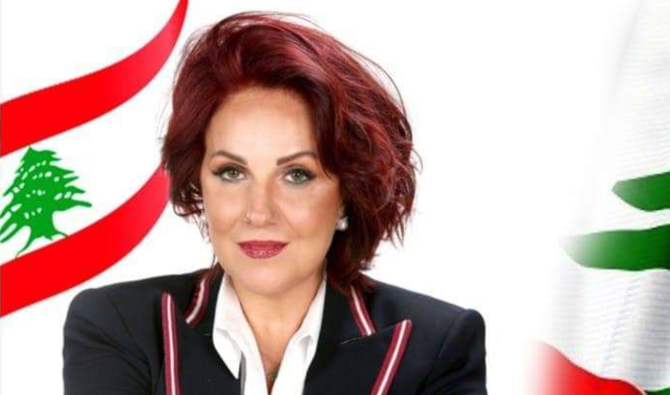 Beirut candidate Kholoud Wattar says ‘psychological state of people is tainted by despair’ Just 14 women have ever represented the Lebanese in parliament.
Share:

BEIRUT: Lebanon’s Feminist Civil Society Platform has released a list of demands addressed to male and female candidates in the parliamentary elections scheduled for mid-May as the country continues to reckon with its low rates of female political representation.

The platform called on candidates to commit to “achieving full equality between women and men, include that in their priorities as future parliamentarians and work seriously to ensure full participation of women in decision-making levels.”

The candidates were also asked that all decisions they make are free of all forms of violence or discrimination.

The details were reiterated at a press conference held on Monday with 15 days left until the door closes on applications for candidacy in the upcoming elections.

There are just five female candidates registered on the lists of the Ministry of Interior throughout Lebanon.

Claudine Aoun, head of the National Commission for Lebanese Women, said: “Women in Lebanon are present in all the economic, cultural and scientific fields, and their percentage in the judiciary and some private professions is close to or more than 50 percent.”

She added: “But the percentage of women in parliament does not exceed 4.7 percent and does not exceed 6 percent in municipal councils, and in the government, it is reduced to one minister.”

Her remarks came as the commission held a meeting with representatives from political parties in Lebanon within the framework of the implementation of the national action plan for UN Security Council Resolution 1325 on women, security and peace, which was approved by the Lebanese government.

The commission — with the support of UN Women — has called for the increase of women’s participation in representative bodies across the country and in leadership positions in the public and political sectors.

Last October, parliament rejected the amendment of a text in the electoral law to include a quota for women, which angered the only female MP in the Development and Liberation parliamentary bloc headed by parliament Speaker Nabih Berri.

She withdrew from the session and said: “They refused even to discuss the proposal at a time when they talk daily about the role of women and the necessity of their participation in public political life. They have failed us.”

Lebanese women obtained the right to vote and run as candidates in 1953.

Mirna Al-Bustani was the first woman to serve in the Lebanese parliament after she took charge of representing her father Emile Al-Bustani’s parliament seat upon his death in 1963.

Other women entered parliamentary work, succeeding either brothers or husbands, or taking over the position due to having children.

Parliament is composed of 128 MPs, including six women MPs who won parliamentary seats out of 86 candidates on the lists that competed in 2018.

The total number of women who have held a parliamentary seat since the establishment of the Lebanese Parliament is only 14.

The candidate for Beirut’s second district, Kholoud Wattar, is one of the first candidates to raise a banner in one of Beirut’s neighborhoods that read, “I chose you, my country,” announcing that she will run again for parliament after she failed in the previous session.

Wattar told Arab News: “The parties in power are not concerned with the presence of women in public affairs, so how if the woman is running in elections from outside this system and is independent and no one supports her, even if she is active on the ground.”

Wattar, who specializes in international negotiation and political sociology and who previously worked with Women Political Leaders global network, said: “The electoral situation is in crisis, especially in Beirut. People are frustrated.

“I am the only candidate for a seat in Beirut, as neither a man nor a woman from the Sunni sect has yet announced their candidacy. It’s confusing.”

She added: “The psychological state of people is tainted by despair. I submitted my application, but on which list I will be, this matter is premature.

“We are 15 days away from closing the candidacy door, and all things are still ambiguous.”

Interior Minister Bassam Mawlawi reaffirmed on Monday that “the parliamentary elections will take place on time.”